Last Friday Kollywood witnessed releases like Bangalore Naatkal, Sahasam, Visaaranai, Erandu Manam Vendum and Naalai Mudal Kudikka Maaten. Even though 6 movies got released, only Bangalore Naatkal and Visaaranai are leading the pack. Other movies were not up to the expectations. 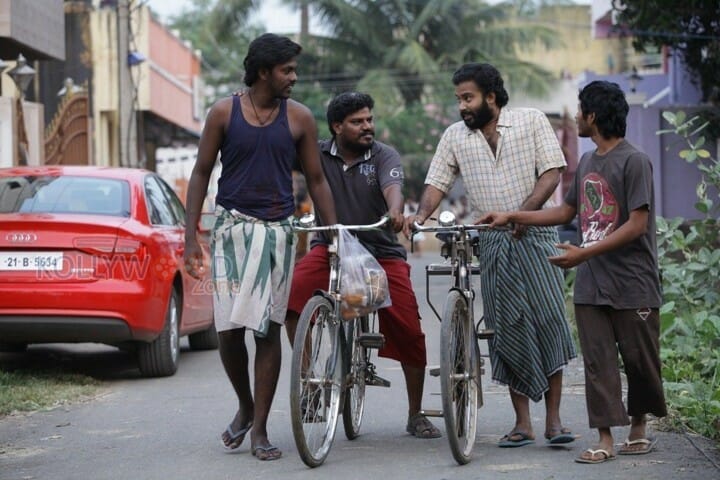 Visaaranai was directed by Vettrimaaran. The movie already won many awards before the release and it was praised by Rajini, Kamal Haasan and Mani Ratnam. So the movies are promoted in such a manner that it got blessings from those legends. The movie is about true incidents that happened in police custody. Most of them said the impact was huge.

Bangalore Naatkal is a remake of Malayalam Bangalore Days. It is expected that this movie will earn more collections. But as the Original was watched by everyone, the movie never made more impact. Especially casting was criticized badly in social media. As of now, ‘Visaranai’ leads the race followed by ‘Bangalore days’. Prashanth’s ‘Saagasam’ is also in the race.

Ashok Selvan’s Adult Comedy Manmatha Leelai to Release on This...

Kaappaan second trailer: Suriya’s Kaappaan reassures to be a high...