There seems to be a strong connection between shelved projects and actor Sibiraj as the artist’s several films including Perumal Swamy, Pattasu and Mamu, have made their way to the shelves after poojas. The actor has lost many of the projects that he was announced to be part of due to various reasons. Now, the talented actor is in the brink of loosing yet another venture just after a day’s shooting. 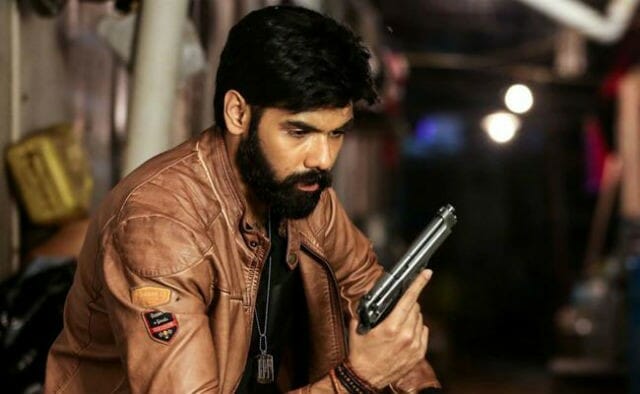 We had reported earlier that the actor’s next project will be Walter, named from his father Satyaraj’s popular action drama Walter Vetrivel. We had also reported that the shooting of the film will go on floors in Kumbakonam from 17th of June after a short pooja and that the flick will hit the screens with Shirin in the female lead role under the directorial of debutant director Anbarasan. The flick was set to be bankrolled by Dr. Prabhu Thilak. The film went on floors as announced and photos from the pooja were circulated on the social media. But just after a day’s shoot it seems like the project has run in to roadblock due to a copyright infringement over the title.

According to a source close to the unit, “Last year with the same film maker producer Singaravelan had announced the project titled Walter under his banner Madhukar Movies. The star cast for the project had actors Vikram Prabhu, Arjun Sarja, and Bollywood Veteran Jackie Shroff in pivotal roles. But due to some unknown reasons the project took a long time to take off. So, director Anbarasan decided to start the project with a new cast under a different production house. This decision of his has landed him as well as his project in big trouble.

Now, producer Singaravelan has warned the production unit to not use the title and story to which he holds the copyright under his banner. He also stated that if the production unit fails to do so he would be forced to seek the court for justice. After all it seems to be fair from his side if he holds the copyright for the project as he claims. We will have to wait to see how the problem inclines and how the current production unit solves it. The casting unit of the crime drama was busy in hunting for a strong actor for the antagonist role, seems like they have other important problems to solve before the casting.

On the work front, the actor will next be seen on screens in the movie Ranga under the directorial of director D. L. Vinod, in which he will be romancing actress Nikhila Vimal. Apart from Sibiraj and Nikhila Vimal, the film has Sathish, Mohnish Raheja and Sujatha Babu in various other pivotal roles. Besides this project the actor also has mythological mystery thriller Maayon which will be directed by debutant director N. Kishore in which the actor will be sharing the screen space with Tanya Ravichandran, Radha Ravi, K. S. Ravi Kumar, Bagavathi Perumal, and Hareesh Perradi.