In a time when Tamil cinema was filled with tough and sturdy heroes, ace director Mani Ratnam launched Arvind Swami, a young actor with suave and modishness, in his movie Thalapathy against super star Rajinikanth and Mammootty. In his very first project sharing screen space with bigwigs in the industry, the actor managed to gain the attention of the Tamil audience with his allure mixed infuriated role as collector. Then came Roja which put him in limelight for the role of Rishikumar that he portrayed in the movie. 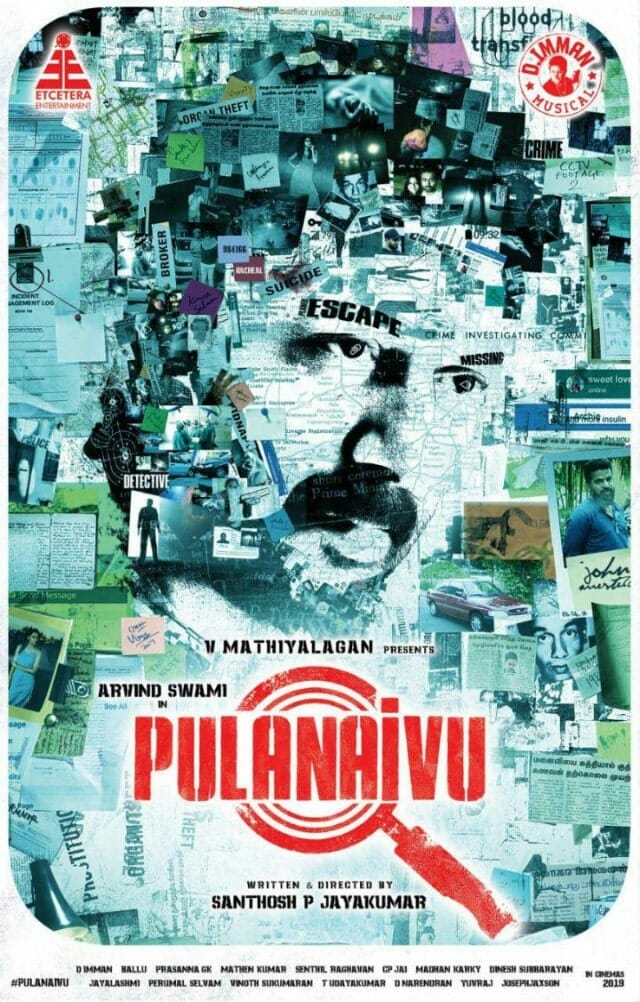 After Roja he went on to do films in other languages including Malayalam, Hindi, and Telugu. Apart from movies he is also a successful entrepreneur in the state. The actor was bed ridden for months after an accident he endured in 2000 where the doctors stated there is only probability that he would be able to walk again. But with his sheer confidence, belief, and hard work the actor went in to a new physical transformation and even this time it was Mani Ratnam who brought him on board for his sea drama Kadal. Though the venture was received with mixed response, Arvind Swami’s role received critical acclamation. Following which the release of action thriller Thani Oruvan propelled him to a new level of heights that no one in the industry has reached so far. From then the actor is on a signing spree in his second innings in the industry. The multi faceted man celebrated his 49th birthday yesterday and the production unit of his next film took this special day to launch the first look as well as the title of the project.

We had reported earlier that the actor will be teaming up with film maker Santhosh Jayakumar of adult entertainers Iruttu Araiyil Murattu Kuthu and Hara Hara Mahadevaki fame. The project was launched with a formal pooja last month. Now, taking to the actor’s birthday the unit has unveiled the first look and the title of the flick on social media. The venture is named as Pulanaivu. Music director Anirudh Ravichandran took to his twitter account to unveil the first look of the film. The first look of the flick looks intriguing with a cluster of clues pinned to a board makes Arvind Swamy’s face.

Unlike the director’s adult films the project is said to be a clean family entertainer. As the title suggests the project will be an investigative thriller entertainer in which Arvind Swamy is set to don the role of a detective. The musical instruments for the film will be handled by musician D Imman. The motion picture will be bankrolled by V Mathiyalagan of Etcetera Entertainment production house. The shooting for the flick is expected to go on floors very soon.

On the work front, the actor is gearing up for the release of his next flick Kallapart following which he has Sathuranga Vettai 2, Vanangamudi, and Naragasooran in his pipeline to hit the screens as a back to back release.