Actor Karthi tasted a huge success in Kadaikutty Singam that hit the screens last year under the directorial of Pandiraj which recorded more theatrical footfalls in Tamil Nadu. But this year release Dev turned out to be a heavy pitfall for the actor. The actor is currently busy shooting for his yet to be titled film directed by Dhrishyam fame director Jeethu Joseph in Goa. The actor is set to share the screen space with his sister in law Jyotika for the first time. 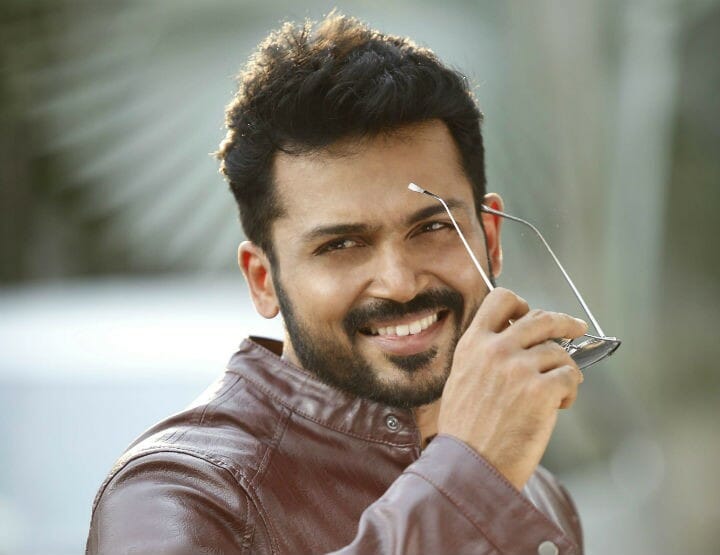 The actor who has lined up promising flicks back to back in his pipeline had recently wrapped up shooting for his action thriller film Kaithi directed by Maanagaram fame director Lokesh Kanagaraj. Now, the film unit has officially announced the shooting for the film has been totally wrapped up. After an action bike chase sequence that was filmed on the Chennai outer ring road, on Tuesday morning the unit wrapped up the shoot. Now the film has made its way to the post production stage to get shaped up. The film has no female lead but Malayalam actor Narain is said to portray a significant role in the film while young talents Kanna Ravi and Vatsan Chakravarthy will be seen in supporting roles.

The first look of the film that was unveiled by actor Karthi on his twitter account in the month of March had him behind the bars sported with a thick beard look. The film is said to be about a crew of friends who plan their escape from prison. This sounds familiar to you? Do not strain yourself too much its Prison Break, the entire TV series is based on the same concept. But at this point we are not sure whether the director was inspired by Prison Break. Guess we will have to wait for another month or so to find it out. The film is said to be the chain of events that happen in a matter of four hours.

The cinematography for the film is done by Sathyan Sooryan while Philomin Raj will be handling the editing department. Sam C. S composes the music for the film that will be bankrolled by S. R. Prabhu under his banner Dream Warrior Pictures.

On the work front, the actor is currently busy shooting for his film untitled film with Jeethu Joseph following which he will join director Bakkiyaraj Kannan of Remo fame for an untitled romantic comedy film which will have actresses Rashmika and Mandanna as the female leads. Apart from these flicks the actor has also inked his signature for auteur Mani Ratnam’s ambitious epic historical fantasy film Ponniyin Selvan.