After the success of ‘Enthiran’ director Shankar is presently directing Enthiran Part II which is titled as ‘2.0’ and in the movie along with Rajini, Amy Jackson and Bollywood actor Akshay Kumar are posing in lead roles. A.R. Rahman is composing the music and Lyca Productions makes the huge production. 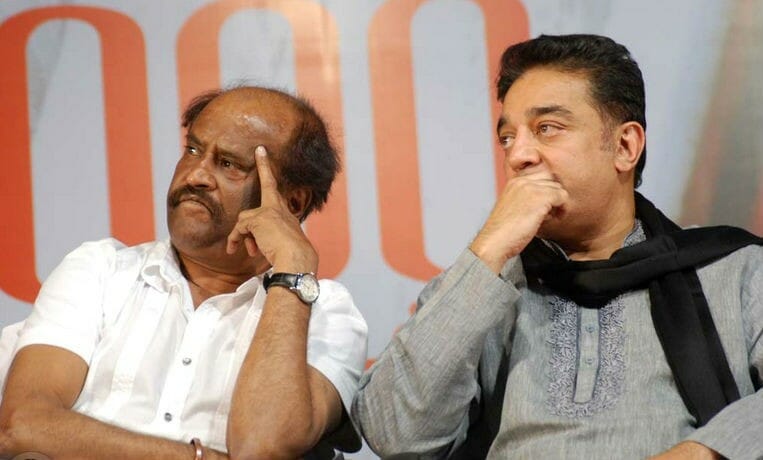 This movie’s budget is around 350 crores, which is the highest budgeted movie in the Indian film industry. Earlier to play the negative role the Hollywood actor Arnold Schwarzenegger was booked, but as he has demanded too much of remuneration he wasn’t booked and later Shankar has also asked Kamal Haasan, but Kamal has rejected to act in 2.0.

When asked to Kamal about this, he has told that both have acted in the earlier years as hero and in villain roles. Even Kamal has acted as hero and Rajini as villain and Rajini in lead roles and Kamal in guest appearance and so he has hesitated to act again with Rajini.