Actress Nikki Galrani established a career in South Indian film industries with the commercially successful films like ‘1983’, ‘Darling’, and ‘Velainu Vandhutta Vellaikaaran’. She made her debut in Tamil film industry with the commercial success comedy thriller flick ‘Darling’. Though ‘Yagavarayinum Naa Kaakka’ was her first film, it was released only after ‘Darling’.

With the back-to-back success of movies, Nikki Galrani has become one of the most sought-after heroines in the South Indian film industry. She was last seen on the silver screen with Prabhu Deva’s comedy movie ‘Charlie Chaplin 2’. 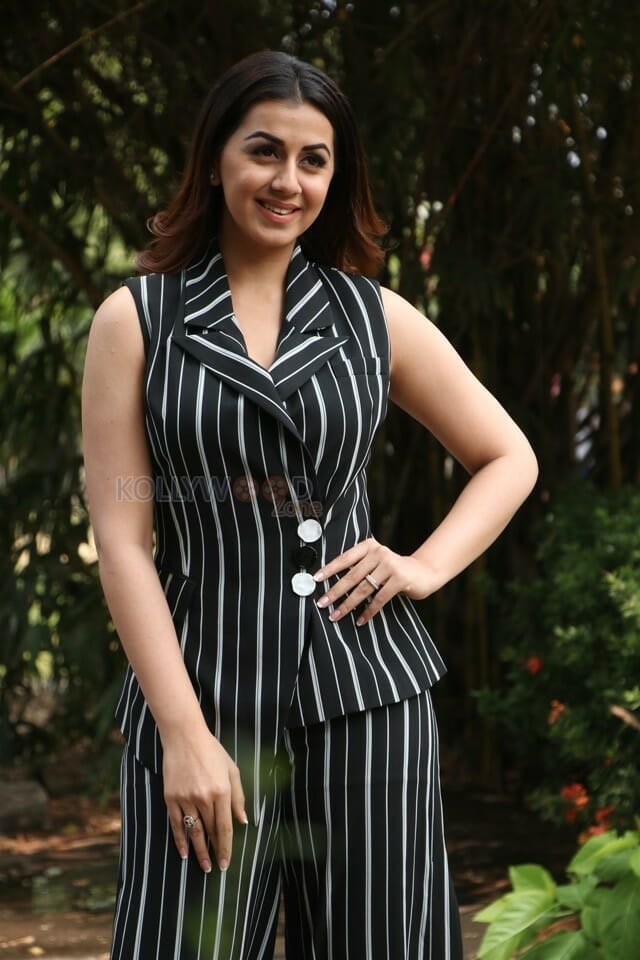 The movie is said to be a commercial family-entertainer and actor Sathish has been roped in for providing the comic relief. The project is said to have a mix of both urban and rural backdrops. The first part of the shooting started in Chennai, and the film crew has decided to shoot the remaining part in Pollachi and Malaysia as well. The film includes an ensemble cast like stars Rekha, Nirosha, Vijaykumar, and Singampuli.

The movie is directed by debutante director Kathir, who had previously worked as assistant for director Sundar C. The music is composed by Sam CS and VJ Sabu Joseph is the editor. The movie is bankrolled by TD Raja under the banner Senthur Films International.