Arya’s next flick to be tilted as Minnal Veeran

After the sleeper hit of Maragadha Naanayam starring Aadhi Pinisetty and Nikki Galrani, director A. R. K. Saravanan straight away signed up his next project with actors Atharvaa and Parvatii Nair in the lead roles. But unfortunately due to some unknown reasons the project was shelved. Now after a long struggle, things seem to be on the positive side again for the young talented director. 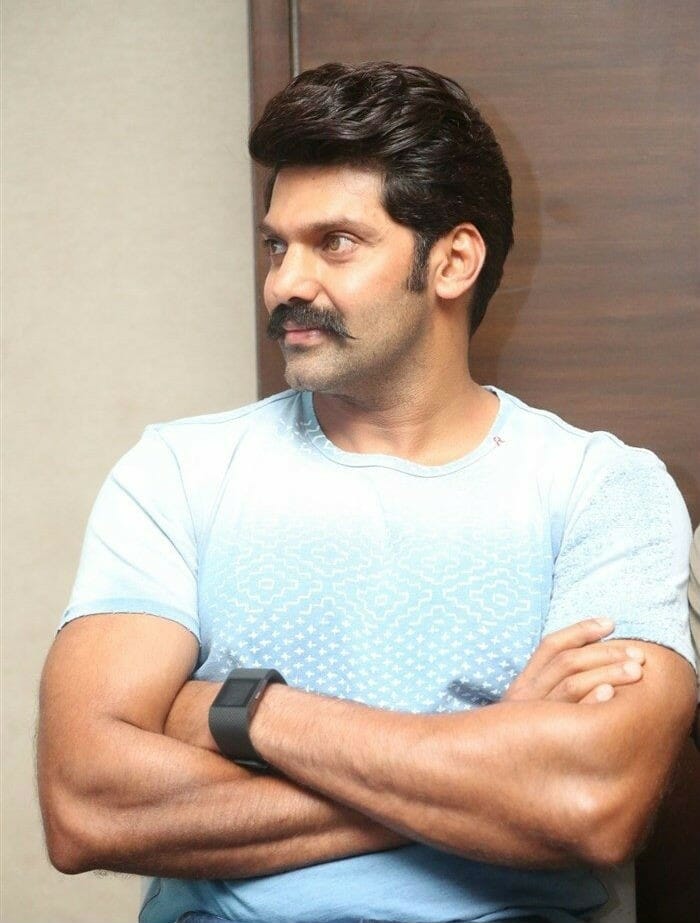 Recently, we had reported about the next flick of director A. R. K. Saravanan and stated that one of the busiest producers in Kollywood, Gnanavel Raja will be producing the film under his banner Studio Green. Now we have an update regarding the title of the film. According to a source, the film is set to be titled as Minnal Veeran, quite fascinating, right. Yes, the film will have the newlywed actor Arya as Minnal Veeran. But at this point we are not quite sure whether the title is based on the plot of the story. However, with the fantasy elements that we witnessed in the director’s previous film and with the title of his new film, it is only safe to presume that even this film will entertain the audience with fantasy elements.

What is more interesting about the choice of title is that even the flick that was shelved which had Atharvaa in the lead, was also tiled the same. The director and producer have recently backpacked for a location exploration trip to the Fiji islands. The pre production works for the film is swiftly under progress and the film is expected to go on floors by the end of May.

Actor Arya was last seen on screens in the unnoticed film Ghajinikanth after which the actor married actress Sayyeshaa, who was the leading lady of the film. After their honeymoon the actors are back to work now. Actor Arya is desperately in need of a hit film as all of his recent films went as unnoticed flicks. We will have to wait to see whether this movie gives the essential fillip to the actor’s career.

On the work front, the actor is gearing up for the release of his film Kaappaan in which he has shared the screen space with dashing actor Suriya. The actor is currently busy shooting for his film Magamuni under the directorial of Santha Kumar which will have actresses Indhuja as well as Mahima Nambiar in the female lead roles. This project is also bankrolled by Gnanavel Raja. Apart from this film the actor also has Teddy, which will be directed by Tik Tik Tik fame director Shakti Soundar Rajan. Besides these projects the actor has Santhana Devan in his kitty.