Thalapathy Vijay is currently busy with his 63rd film named as Bigil which is at the final stage of its shooting. It is a known news that the actor has collaborated with story teller Atlee for the third time after Theri and Mersal. The sports drama is making headlines for many reasons in the recent times which in turn have pushed the expectations on the film to the skies. Now, we have an interesting news about the actor’s future project given by none other than one of the dashing actors of Tamil cinema Jayam Ravi. 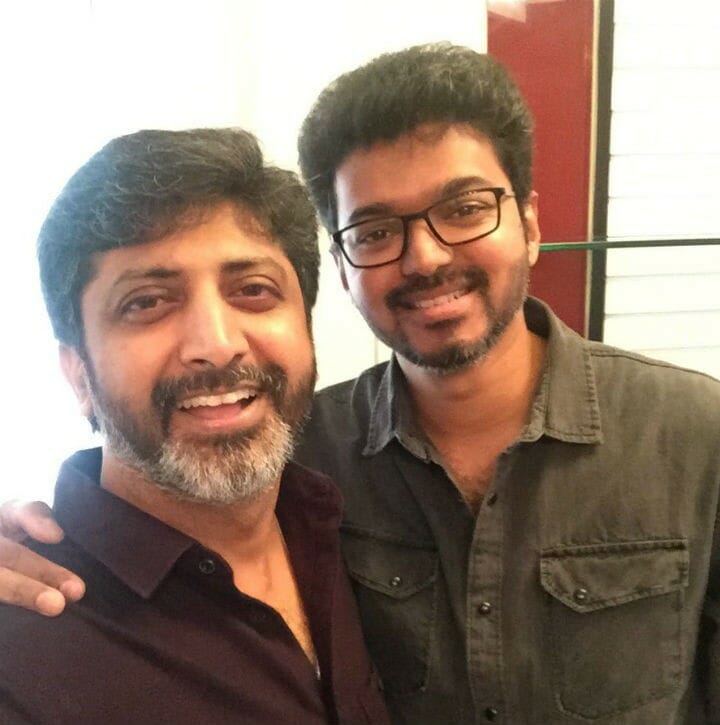 Actor Jayam Ravi is currently awaiting the release of his comedy drama Comali and is busy with the promotions of the venture. The actor recently has spoken to a leading daily and has revealed that his brother Mohan Raja would be collaborating with actor Vijay very soon. When asked about the possibility of the collaboration the actor was quoted saying, “It is happening, they are in talks. They are like friends. Both are interested to work with each other. They regularly have phone conversations and Vijay anna keeps saying that we will work together when a good script comes up. Hopefully, I guess they will team up for a project very soon.” This comes in as a confirmatory news as the director Mohan Raja himself had earlier revealed that he has a desire to work with actor Vijay again. But since the story teller has the sequel of Thani Oruvan in the cards right now the project with Vijay seems likely only after Thani Oruvan 2.

A confirmation about the association of actor Vijay and Mohan Raja coming from the director’s own brother has almost confirmed that the collaboration is in the making and is set to happen very soon. Though actor Vijay’s Bigil is yet to hit the screens, the fans of the actor have been already begun talking about the actor’s upcoming projects. This news is certain to make the fans of actor Vijay more excited as they are waiting for the release of Bigil, which will be hitting the screens on Diwali this year.

Director Mohan Raja has already directed actor Vijay in Velayudham which had actress Hansika Motwani in the female lead role. The mass action entertainer opened up to a lot of negative reviews from the critics in the industry and failed to keep the box office rolling. But it looks like the director is keen to set things right by collaborating with actor Vijay once again. The director is in the winning ways after delivering back to back hits in the likes of Thani Oruvan and Vellaikaran. The expectations on his next venture are already quite high with this news it is sure to reach the infinity level. Guess, we will have to wait for a long time to see the combo coming together again for a project but whenever they do we are sure that they are going to be on all over the headlines of cinema column.

Bhaskar Oru Rascal is all set to release...

Veteran Tamil Director and Actor, Mahendran is no...