Kamal Hassan is one of the top heroes in Tamil cinema, the actor is also playing many roles like director, producer, singer and so on. Kamal Hassan is also a real super hero in Actress Shruthi Hassan’s life as her Dad. 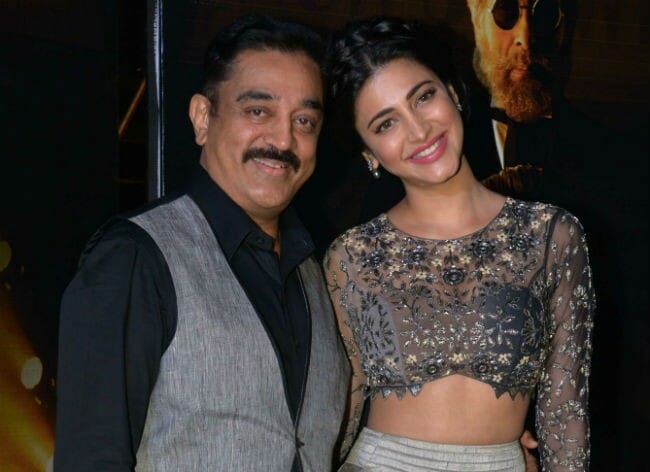 Few days back, we all got a news that the father and the daughter has planned to work in a same project for their upcoming film. Now, Kamal Haasan has revealed that his new film will start in the month of April. The National award winning actor has also said that he and Shruti Haasan will be coming as dad and daughter in the film.

The film is said to be an action comedy and director Rajeev Kumar will be directing this new film and music will be either composed by Ghibran or Ilaiyaraaja.