Actor Vijay Sethupathi’s Sindhubaadh which hit the screens recently after many hiccups under the directorial of director S. U. Arun Kumar has opened up to mixed reviews from the critics as well as from the audience. Now the actor who has various acting projects at different production stages has penned his second script for his best pal Biju Viswanath. The venture will be bankrolled by the director himself in association with Vijay Sethupathi. This will be the second time after the critically acclaimed film Orange Mittai that the actor and director combination is coming together for a project. 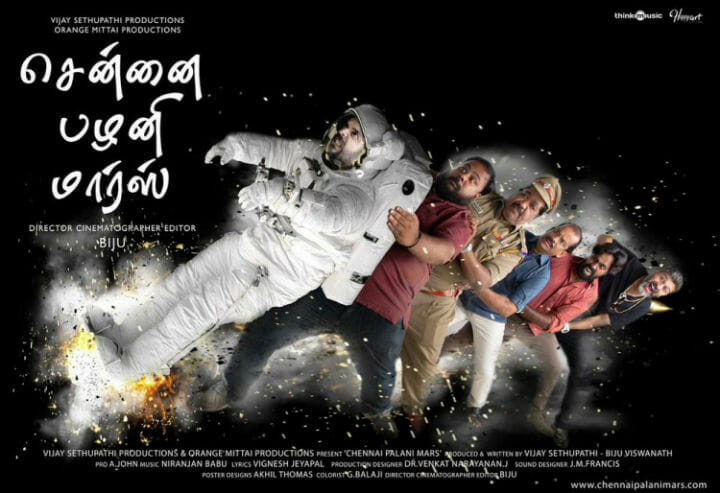 Touted to be a space adventure flick, the project will have actors Praveen Raju and Rajesh Giriprasad in the lead roles. The director has recently opened up on directing his second venture in Tamil. Speaking about the project, he said, “My second directorial venture Chennai Palani Mars will be a road journey movie where the protagonists will travel from Chennai to Palani and eventually to planet Mars. On their way they will come across a techie with suicidal thoughts who will aid them. My lead protagonist Praveen Raju and Rajesh Giriprasad have the crazy idea of journeying to Mars. They both have the notion that this thought of theirs will take them to Mars. They believe that thoughts travel faster than space shuttles. They get this weird idea from Praveen’s dad who is a space scientist currently researching on this concept.”

Speaking further on why they have chosen this title, the director revealed, “In the flick we have used the popular myth that there is a connect to god Murugan’s footprints in Palani, through which the lead protagonists plan to travel to Mars. Apart from the lead characters, the movie will also have two policemen going after two suspects who are suspected to have committed a murder and the movie will also have two thugs. The whole narrative of all these characters along with the fantasy element will be very comical. I am sure people are going to love it,” concluded the director. The project is currently at the final stages of shoot and is expected to be wrapped up soon. For now, we will have to wait to see how the flick performs in the box office.

On the work front, the actor is currently shooting for VSP 33 and S. P. Jananathan’s social drama Laabam which has actress Shruthi Hassan in the female lead role. Apart from this the actor recently wrapped up shooting for his action flick Sanga Tamizhan under the directorial of director Vijay Chandar which has actresses Raashi Khanna and Nivetha Pethuraj in the female lead roles. Besides these projects the actor will be making his debut in Malayalam this year with Marconi Mathai as well as in Telugu with Sye Raa Narasimha Reddy. In spite of his busy schedule the actor will also be penning one more script other than Chennai Palani Mars, which will have actors Vishnu Vishal and Vikranath in the lead roles.