The replacement issue of actress Amala Paul with Megha Akash in VSP 33 is the talk of the town right now. Some time ago it was publicized that actress Amala Paul would play the female lead role in actor Vijay Sethupathi’s VSP 33. Shortly, after the announcement the production house again let out another announcement stating that actress Megha Akash will be replacing Amala Paul in the project due to date issues. Just when everyone thought that the issue has been sorted out smoothly between both parties, actress Amala Paul came up with a two page explanation on what really happened behind her removal and stated that she was thrown out of the project. The actress also accused the Chandara Arts production house of being patriarchical and egoistical. 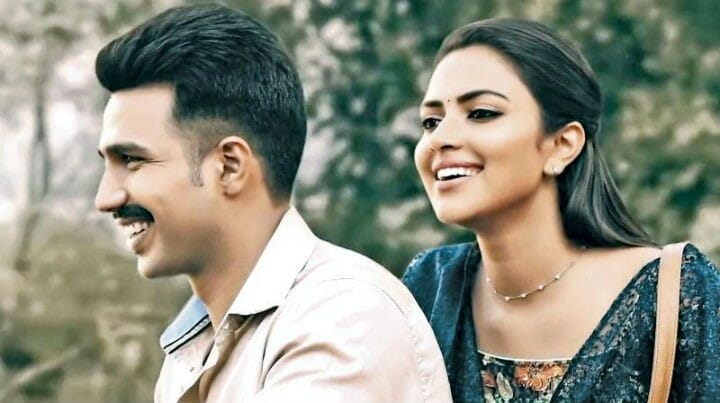 In her two page long explanation, the actress claimed that the production house stated ‘she was not production friendlier’ as the reason for her being removed from the venture. The actress pointing out to various aid and adjustments that she has done for the projects that she has worked before, stated that none of her colleagues have laid this accusation on her during her decade long career. The actress made a strong point that she has always been a production friendly artist and that the reason of Chandara Arts production house is absurd. Following the outburst of the actress, her Ratsasan co star Vishnu Vishal has expressed his support for her on social media.

Taking to his twitter account the actor twitted, “Happy to see an actor speak up, numerous times it so happens that actors are the ones who are at fault by default, I have been tempted so many times to share how badly I was treated by a number of producers but then we still give them the respect as a ‘Modhalaali’ (Employer). But like the coin has two sides, so does cinema, I have worked with some really good and wonderful producers as well. But it is high time we speak up against the injustice done to us actors as well, emotionally, and professionally and physically,” concluded the actor. An actor extending his support to his female co actor when everybody in the industry chose to be silent is appreciated by many Tamil cinema audiences.

Happy to see an actor speak up…Numerous times it so happens that actors are the ones who are at ‘fault’ by ‘default’ …Ive been tempted so many times to share how badly i was treated by a number of producers but then v still giv them the respect as a ‘Modhalaali’ :) 1/2 https://t.co/LGInQv0XJS

On the other hand, the actress addressing the production house as patriarchical and egoistical has received backlashes from many people in the industry. Stating the teaser release of Aadai as the true reason for her being expelled from the project the actress had stated that the patriarchical, egoistic, traditional mindset of Chandara Arts production has to change. Many from the industry has stated that the actress should have stopped by giving her side explanation and should not have been judgmental about the mindset of the producer.

“I was thrown out of Vijay Sethupathi’s film”, claims Amala Paul