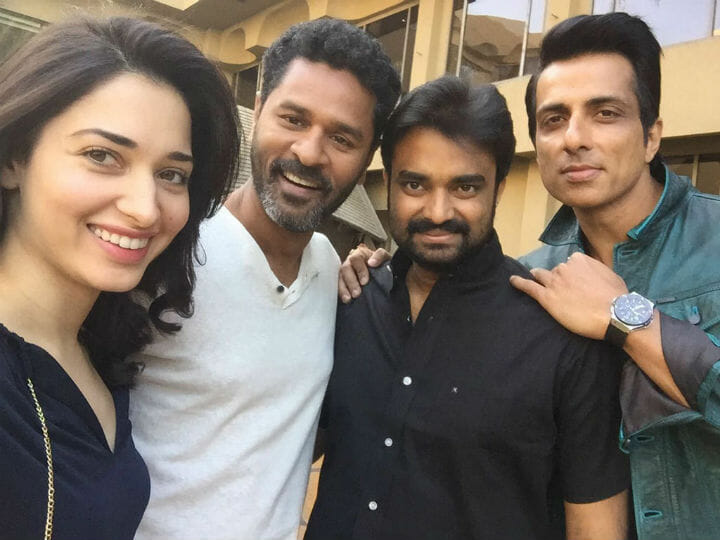 The film is to be produced by Prabhu Deva studios and Vijay’s Think Big Studios, the new upcoming movie is said to be a horror film and Sonu Sood of Arundhathi fame will be seen playing a villain role in this film.

Actress Tamanna is doing the famale lead and GV Prakash Kumar will be composing the music for the film and Na Muthukumar will be penning the lyrics. The rest of the cast crew has not yet decided and it will be confirmed by the team soon.