After ‘Maya’, Nayanthara has acted in lead roles in another horror thriller movie which is titled as ‘Dora‘. The movie is directed by Doss Ramasamy and produced by Sargunam. Sargunam has previously produced for ‘Kalavaani’ and ‘Vaahai Sooda Vaa’.

Along with Nayanthara, Thambi Ramaiah and Harish Uthaman has acted in lead roles in the movie. Earlier the movie’s title was kept as ‘Tick Tick Tick’ and later changed as ‘Dora’. The movie is a horror thriller and the movie’s first look poster was released yesterday night. 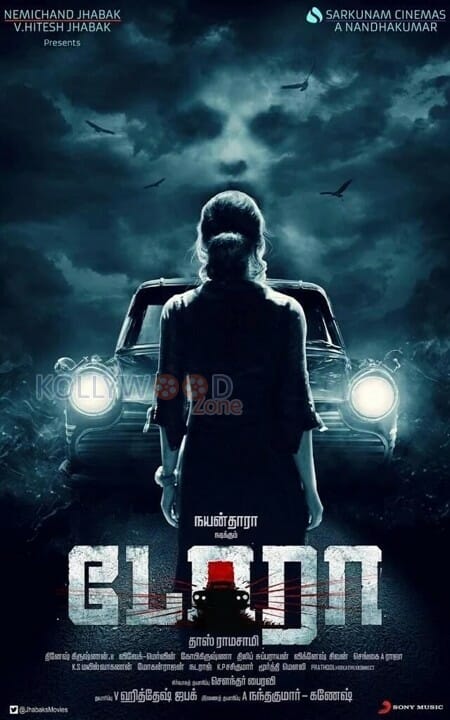 In it the director has shown at mid-night a car was stopped by Nayanthara and its suspense whether it was Nayanthara or the ghost. After Vijay’s ‘Bairavaa’ first look poster, presently this movie’s first look poster has received huge welcome in social websites.