Baahubali 2 poster is a complete replica of this Hollywood movie

Sources have stated that on Mahashivarathri poster of Baahubali 2 was released all over by SS Rajamouli. It had shown as if Prabhas is climbing an elephant through its trunk is visually appealing. Meanwhile through the Social media many have started comparing it with that of ‘Ong Bak 2’, a Hollywood movie. 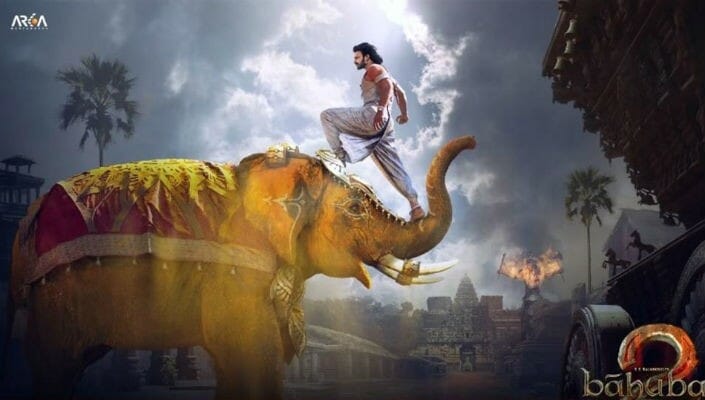 Of course, the poster of 2008 martial arts film has got some resemblance to Baahubali 2’s latest poster. Similar allegations were made when first poster of Baahubali: The Beginning was released in 2015.

Many have stated that Baahubali 2 poster was copied from Hollywood industry’s Song Bak 2. Only SS Rajamouli have to answer whether it is true or not. Stay tuned for more updates.