Harish Kalyan who made his Kollywood debut through one of the most controversial films, Sindhu Samaveli shot to fame after taking part in the second season of the Tamil Bigg Boss show. Through the popularity that he gained from the show the actor bagged some good films and has delivered back to back hits by managing to pull in a good amount of audience to the theaters for his flicks. Though his flicks Pyaar Prema Kadhal and Ispade Rajavum Idhaya Raniyum received mixed reviews from the critics in the industry, they managed to keep the box office rolling. 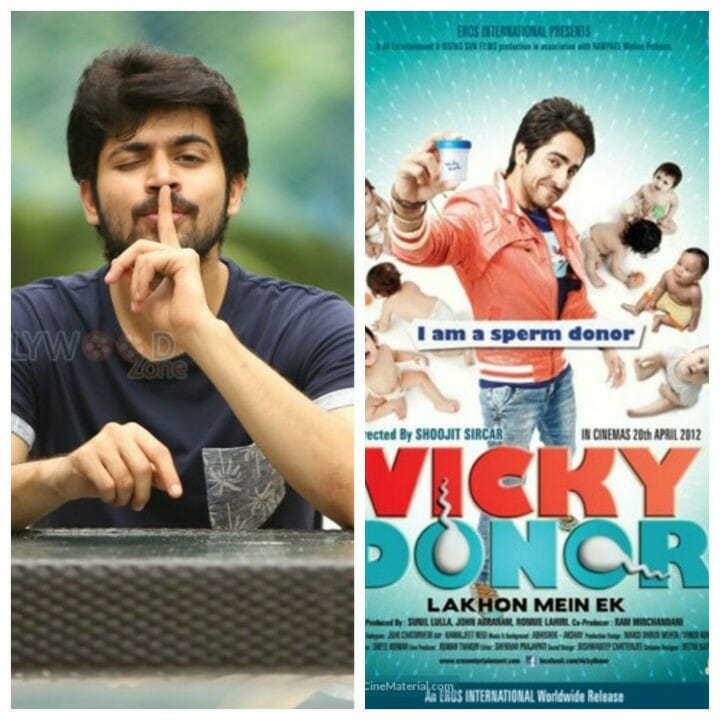 Now we have an interesting update on the actor’s next flick. We had reported earlier that the actor has inked his signature for the official remake of super hit Bollywood film Vicky Donor. Now we have reports stating that the production unit has chose an interesting title for the film. According to a source, “It is true that the project is the official remake of the super hit Hindi film Vicky Donor. But the director has made some major changes to the script in order to suit the taste of the Tamil audience. The production unit has decided to go with the title Dharala Prabhu. The pre production works are already under way and an official announcement about the film will be made soon.”

Vicky Donor is a super hit Bollywood flick which propelled actor Ayushmann Khurrana as a lead hero in Bollywood. The film is about an unemployed youngster who opts to become a sperm donor in order to take away the financial burdens from the shoulder of his single mother and begins to donate his sperm to families that are incapable of reproducing due to sterility issues.

According to sources, actor Harish Kalyan is set to don the character portrayed by Ayushmann Khurrana. The flick is set to hit the screens under the directorial of director Krishna Marimuthu of Yuddham Sharanam fame. The flick is set to be funded by Screen Scene Production house. The production unit is said to be working on finalizing the crew and cast that will be part of the film and an official confirmation on the same will be made soon. The flick was also remade in Tollywood under the title Naruda Donoruda but it failed to replicate the magic that it produced in Bollywood. Let us hope that the movie works for actor Harish Kalyan who aims to make it big in the industry.

On the work front, the actor is currently busy shooting for his flick Dhanusu Raasi Neyargalae under the directorial of Sanjay Bharathi, son of veteran director Santhana Bharathi and a former assistant of A. L. Vijay. The flick has Rhea Chakraborty and Reba Monica John in the female lead roles while actress Renuka and comedian Munishkanth will be seen in pivotal roles. Besides this flick the actor has recently inked his signature for the mega budget multi starrer flick Kasada Thapara which will be directed by Chimbu Devan.