Amy Jackson, the British actress and model who won the Miss Teen World title in the year 2009 made her debut in the Tamil film industry through Madrasapattinam which hit the screens under the directorial of director A. L. Vijay. Following which the actress went on to work in many languages including Telugu, Kannada and Hindi. Thaandavam, I, and Theri are some of the notable works of the actress. 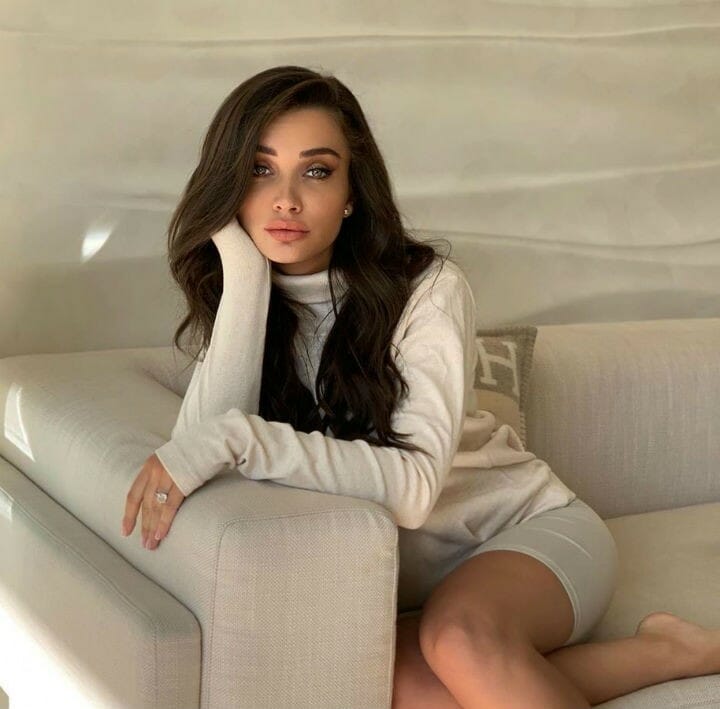 The actress who was last seen in the super star Rajinikanth starrer 2.0 is currently enjoying her maternal break. The actress seems to be enjoying her motherhood in style as she keeps posting videos and pictures ever since she broke the news of her being pregnant to her fans on her social media account. The actress recently posted a picture of her standing in a balcony taking a breathtaking natural view without wearing any pants and proudly flaunting her baby bump. The actress has posted the picture with the caption ‘Good Morning Paradise.’ The actress has also unveiled that this is her 22nd week in to pregnancy.

The actress who shares all her special moments on her Instagram account to her followers has stated that she will be updating her pregnancy journey with her fans continuously from heron. The actress stated, “Officially, 22 weeks today! I know, I have been a little quite about my pregnancy journey so far. That is because I have no idea to go on camera and talk about things. Today, I am having a good day and let me take advantage of it. Hopefully, I will keep you posted and share my journey with you.”

The actress has always been quite open about her relationships that she has been in to in the past. The 2.0 actress who first dated Prateik Babbar, her co star of Ekk Deewana Tha, for some time went on to date Joe Selkirk a boxer from her hometown and finally settled with her current boy friend Geroge Panayiotou. The actress officially announced her relationship with her British boyfriend Geroge Panayiotou to her fans by sharing a photo in which she was seen sharing a passionate kiss with Geroge on her Instagram account. Later the actress took to her Instagram account to publicize her engagement with her boyfriend. She posted a sizzling picture of her with Geroge Panayiotou with the caption ‘The start of our new adventure in life.’

After her engagement with Geroge Panayiotou, the duo spent some cozy lone time at Zambia in South Africa. The actress had shared few pictures of them from the beautiful city on her Instagram account. Shortly after the trip the actress announced that she is pregnant and is expecting her first child with her boy friend.