Home Kollywood News Audio And Trailer Launch Of Kamal Hassan’s Vikram To Happen On This Date!

Audio And Trailer Launch Of Kamal Hassan’s Vikram To Happen On This Date!

Director Lokesh Kanagaraj who made his debut in K-town with the independent anthology film Aviyal announced his arrival in Tamil cinema in style with his sophomore action thriller Maanagaram with actors Sundeep Kishan and Shri in the lead. Following the commercial success of the flick the storyteller helmed the action drama Kaithi with actor Karthi in the lead. The reception the film enjoyed among the audiences garnered actor Vijay’s attention towards him landing him the jackpot offer to direct the actor in Master. With actor Vijay Sethupathi on board essaying the villain role, the venture became a massive hit. Without wasting any time by taking a break, director Lokesh Kanagaraj quickly moved on to his next drama in which he bagged the opportunity to direct veteran actor Kamal Hassan in the project titled Vikram.

He surprised the cinema audience by roping in actors Vijay Sethupathi and Malayalam actor Fahadh Faasil for the flick. The piece of news amplified the expectation levels on the project and turned the drama into one of the most anticipated dramas of the year. The production house has been vigorously promoting the film. Now, we have news that the audio and trailer launch of the film is set to take place on 15th of May. Rockstar Anirudh Ravichander has composed the music for the film. The production house has shared the news on social media. Taking to their official twitter handle, the production house shared a date announcement poster, and wrote, “Firing up your playlists with Anirudh Ravichander’s explosive tracks for Vikram from May 15.” Here is the post made by the actor. 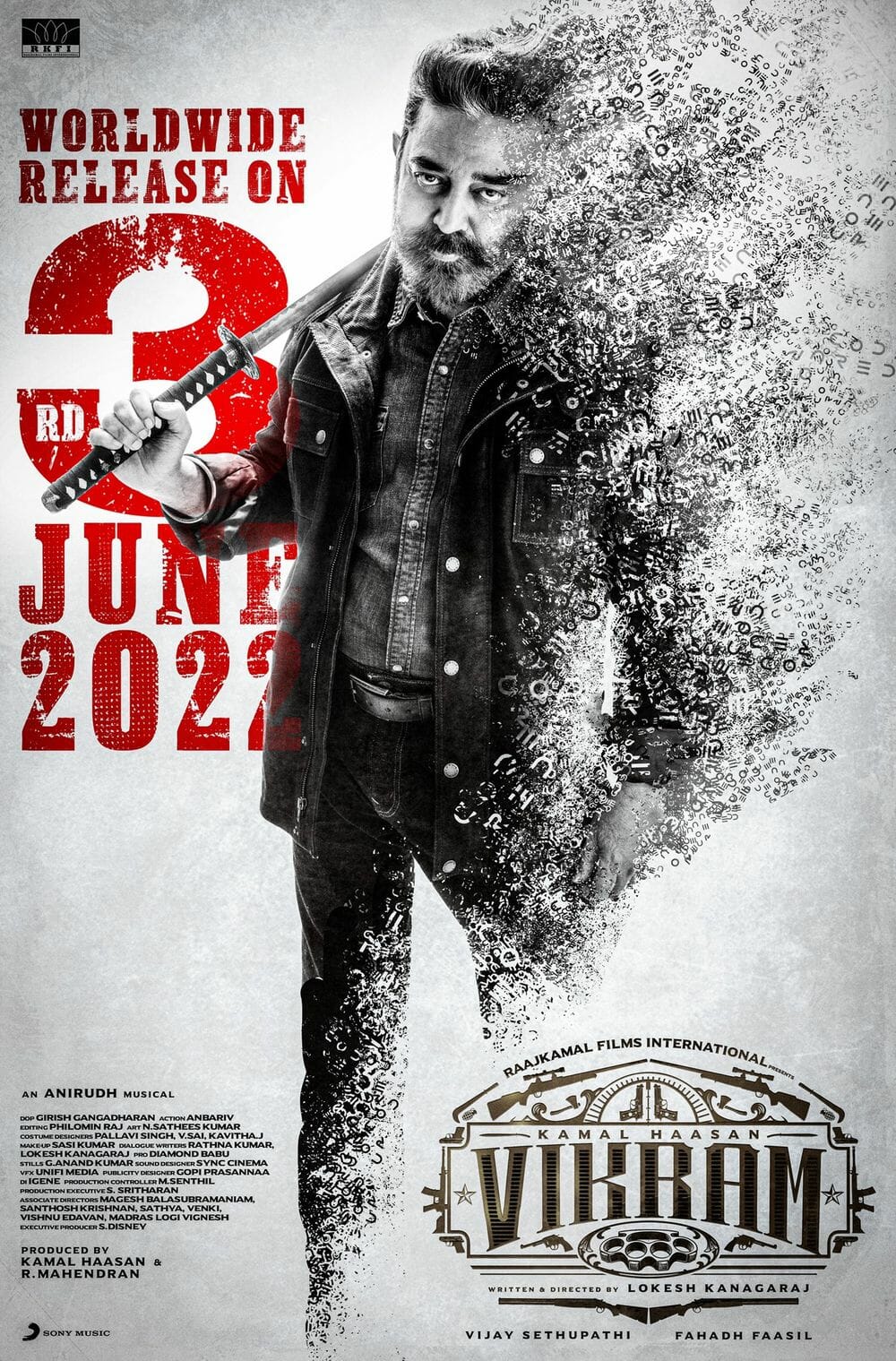 On the work front, actor Kamal Hassan who was last seen on screens in the sequel of Vishwaroopam back in the year 2018 will soon resume shooting for the sequel of his superhit venture Indian under director Shankar. On the other hand, actor Vijay Sethupathi who was last seen on screens in Kaathuvaakula Rendu Kaadhal is currently busy shooting for his next Tamil drama titled Viduthalai under the directorial of film maker Vetrimaaran in which he will be sharing the screen space with actor Soori. He is also busy shooting for his Hindi ventures titled Mumbaikar helmed by director Santhosh Sivan, for Gandhi Talks directed by Kishor Pandurang Belekar, and Merry Christmas. Apart from these projects, the actor has his Malayalam film christened 19 (1) (a) shaping up in the post production for release.

Baahubali 2 poster is a complete replica of...

Jiivi hero Vetri inks his signature for his...

Sunny Leone’s OMG To Hit The Screens On...