Usually the Kollywood’s lead actor Ajith has the habit of spending time with his family in foreign countries after completing his movies. But this time after his ‘Vedhaalam’ he has undergone a surgery in his leg as he had pain and he was under rest completely for few months. 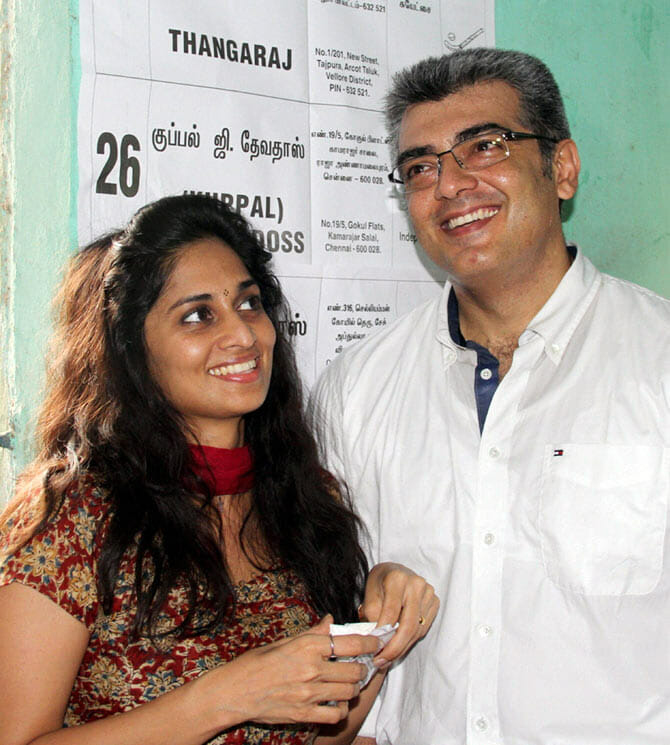 Meanwhile he was also having discussions with director Siva for his 57th movie in his career in Tamil cinema. It was said that the movie’s shoot work was planned to start from June month and by the time he has planned to spend some time with his spouse and kids.

Meanwhile on May 18th he was seen in the Chennai Airport and he has decided to enjoy the summer vacation at abroad with his son, daughter and wife Shalini. Ajith has told that his plan to move abroad was decided earlier itself, but as due to assembly elections he has postponed it from May 16th to May 18th.