The Malayalam actress Karthika Menon popularly known by her stage name Bhavana tied the knot with her long time boyfriend and eminent Kannada film producer Naveen on 22nd January, 2018 at the Thiruvambadi temple in Thrissur. Reports are that the wedding was attended by the close friends and relatives of the couple. Soon after their wedding, both of them thanked their ardent fans and others for their good wishes. Bhavana has been dating Naveen for the last few years and got engaged to him last year. 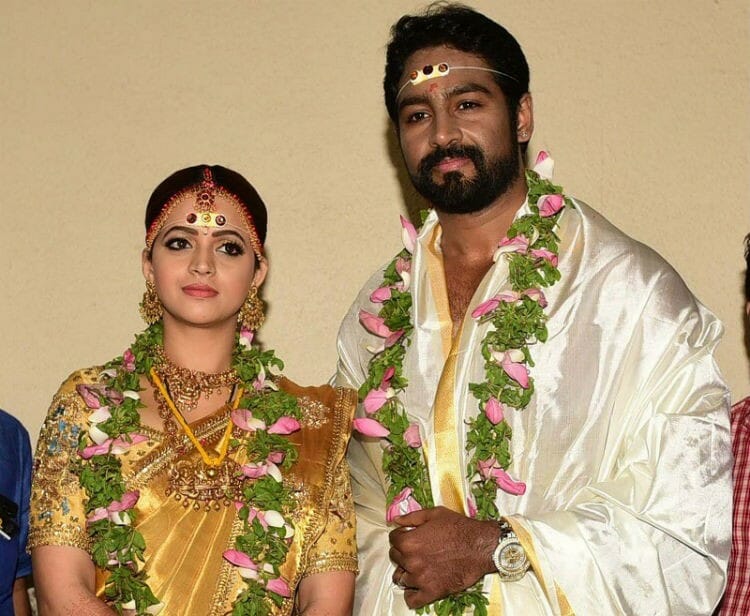 After the simple ceremony, both of them drove to an auditorium i.e. Jawaharlal Nehru convention Centre where a feast was arranged. This event was followed by a grand reception at the Lulu  Convention Centre for the couple’s close friends from the South Indian film industry. Pictures of her mehendi ceremony had already completed rounds in the social media where Bhavana was seen having a gala time with her mates from the industry like Remya Nambeeshan, Mrudula Murali and singer Sayanora Philip.

Though Bhavana is a Malayalam actress, but she has also done her share of films in Tamil like Jayam Kondaan, Asal, Deepavali and Chithiram Pesudhabi to name a few.

Heartiest congratulations to the newly wed couple. May the Almighty bestow his choicest blessings on them.