Home Kollywood News Actor Yogi Babu to have yet another release next month as lead hero!

Undeniably actor Yogi Babu is one of the most sought after comedians in the Tamil cinema industry right now. The actor is on wheels between multiple sets with no time even to take a break. The comedy artist who began his career as a co-writer to a TV comedy show made his debut in Kollywood through the action drama Yogi, as a matter of sentiment the actor added the name of the film to the suffix his name. The comedian who was busy rocking the industry with his witty dialogue delivery turned hero with his fantasy comedy film Dharmaprabhu directed by Muthukumaran but the venture did not fair in the box office as expected. Following which he donned the lead role in the comedy thriller drama Gurkha which was helmed by Sam Anton which was also a commercial failure. Then it was the horror comedy movie Zombie under director Bhuvan Nullan in which he shared the screen space with actress Yashika Aannand. Now, we have an important news on the actor’s upcoming project. 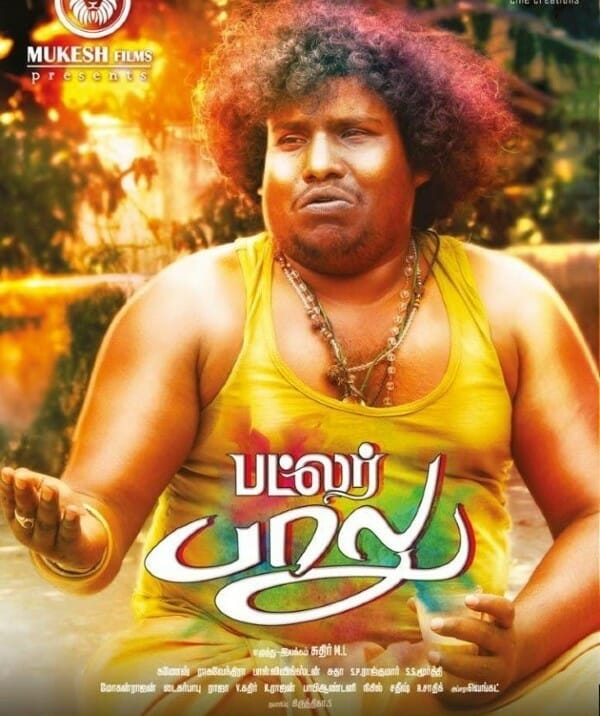 The actor who was last seen on screens in the horror comedy entertainer Zombie will next be seen on screens in the comedy drama which is titled as Butler Balu. The flick has been scripted and directed by debutant story teller Sudhir. M. L. Actor Yogi Babu is said to have portrayed the role of a butler in the entertainer as the title suggests. The project has been wrapped up and is currently getting shaped up in the post production stage. Now we hear that the production unit is eying to release the flick on next month. According to a source close to the production unit, “The film Butler Balu is in the final stage of the post production. The production house is planning to release the comedy entertainer on next month. They are in work to figure out a suitable date for the release. An official announcement on the release date of the venture will be made soon.”

Apart from actor Yogi Babu, the casting department of the flick also has actors Robo Shankar, Mayilsamy, Imman Annachi and Thadi Balaji in various other supporting roles. The musical department of the comedy drama has been handled by Ganesh Ragavendra. The motion picture is bankrolled by Mukesh Films partnering with Thozhaa Cine Creations. The first three ventures Dharmaprabhu, Gurkha, and Zombie in which the actor played the lead role failed to stand up to the expectations of the audience which heavily reflected in the box office collection as well. So the actor is said to have pinned high hopes on this movie. We will have to wait to see whether at least this drama helps the actor to establish an image for himself as a saleable lead hero.

On the professional front, the actor is currently busy shooting for his upcoming science fiction film Trip which is helmed by Dennis Manjunath in which he will be seen alongside actors Karunakaran and Sunainaa. Apart from this movie, the actor has Kadhal Modhal 50/50, Panni Kutty, Mandela, Vellai Yaanai, etc in his pipeline.

Suriya teams up with Siruthai Siva for his...