Actor Yogi Babu had a successful last outing with his comedy action entertainer Jackpot which had actress Jyothika and Revathi in the lead roles. The venture helped the actor to regain his sliding image as a comedian in the industry as well as enjoyed a good reception among the audience. The actor who is busy shooting for various films will be next seen on screens in the comedy entertainer titled as Puppy. Now we have news on the release date of the project. 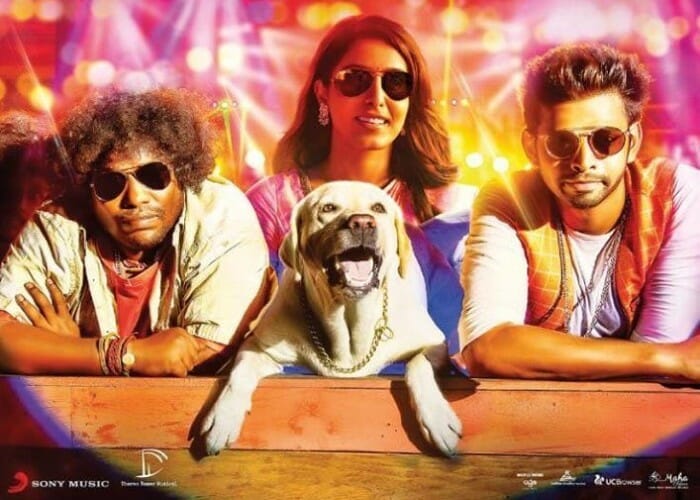 The movie which went on floors a couple of months back has reached the finish line and is gearing up to hit the screens soon. We have news coming in that the project is slated to hit the theaters on 11th of October this year. According to a source close to the production unit, “The entertainer is in the final stage of the post production stage. The production house is in plans to lock the release date of the drama on 11th of next month. An official confirmation on the same will be made soon.” The first look poster of the film which was unveiled on social media by actor RJ Balaji sometime ago had featured the portrait of saint Nithyanandha and porn star Jonny Sins in the background which paved way for controversy. However, the first look poster managed to garner the attention of many youngsters in the state. We will have to wait to see whether the entertainer has more such contents in its sleeves that would push it in to the controversy zone.

The comedy entertainer is scripted and directed by debutant film maker Nutty Dev. Actor Varun Isari Kamalakannan who was seen in various supporting roles in the flicks such as Thalaivaa, Bogan, and Vanamagan will be essaying the lead role in the movie. Actress Samyuktha Hedge will play the love interest of the actor in the flick while comedian Yogi Babu will provide the comical relief. The musical department of the drama has been handed over to music director Dharan Kumar. Cinematographer Deepak Kumar has been behind the lens for the drama, while editor Richard has taken care of the editing department of the entertainer. The motion picture is bankrolled by none other than Varun’s uncle Isari Ganesh under the banner Vels Films International.

On the professional front, actor Yogi Babu who is currently shooting for his upcoming project Nindru Kolvaan under director V. P. Shankar has played a part in the super star Rajinikanth starrer Darbar and in the thalapathy Vijay’s Bigil. The actor also has numerous projects in his kitty including Shaitan Ka Bachcha, Kadaisi Vivasayi, Nindru Kolvaan, Asura Guru, etc. On the other hand, actor Varun Isari Kamalakannan who is gearing up for the release of Puppy also has a flick named as Vinodhan directed by Victor Jayaraj in which he has shared the screen space with Vedhika and Salony Luthra, waiting in the kitty to hit the screens for a long time now.