Comedian turned hero actor Santhanam opened this year on a positive note with his horror thriller Dhilluku Dhuddu 2 and the mass action entertainer A1. The actor who faced a heavy commercial setback in his film Sakka Podu Podu Raja reinstated his image as a saleable hero in Tamil cinema with these flicks. Though, the ventures did not have a solid collection in the box office, it was not bad either. The actor who has been focusing only in the lead roles teamed up with current comedy sensation Yogi Babu for a project titled as Dagaalty. The first look posters of the film which hit the internet sometime ago had the actor in a stylish getup and had enjoyed a good reception among the social media users. Now, we have an important update on the project. 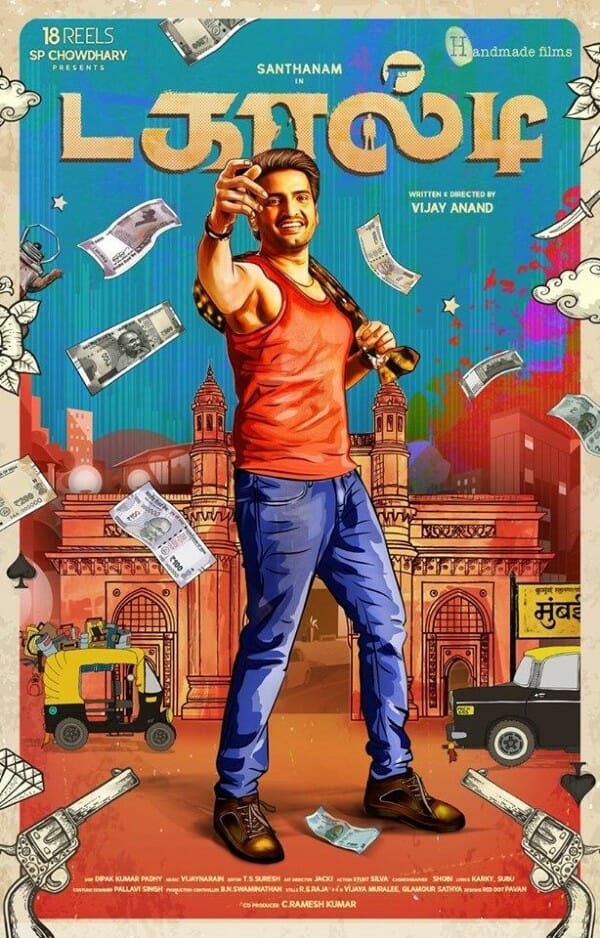 We had earlier reported that the comedy drama has reached the final stages of shoot. Now we have news that the unit which began shooting for the flick a couple of months ago has recently wrapped up the shoot and the venture has entered the post production stage. The actor himself has announced the news on social media. Taking to his official twitter handle, the actor shared a picture of the whole team snapped at the last day of the shoot and announced the news. Touted to be a fast paced action comedy film, the project will have actor Santhanam in the role of a Tamil guy who has moved and settled in Mumbai. Actress Rittika Sen will be playing the female lead role in the comedy drama. The movie is scripted and directed by debutant story teller Vijay Anand, former associate of big budget film maker director Shankar.

The music for the entertainer has been composed by musician Vijay Narain. The cinematography department of the movie has been taken care of by Deepak Kumar Padhy while editor T. S. Suresh has been in charge of the editing department of the film. Stunt man Silva is said to have choreographed some high packed action blocks in the venture. The flick is bankrolled by the actor himself under his home banner Handmade Films partnering with S. P. Chowdhary’s 18 Reels production house. The actor is craving to deliver a solid hit movie under his name to consolidate his place as a lead hero in the industry. We will have to wait to see whether Dagaalty delivers for the actor or not.

On the professional front, actor Santhanam is currently on a break but will soon begin to work on Oodi Oodi Uzhaikanum which will be helmed by director Manikandan. Apart from this movie the actor has Server Sundaram in his pipeline which is set to be directed by director Anand Balki in which he will be sharing the screen space with actress Vaibhavi Shandilya. On the other hand, actor Yogi Babu is currently busy shooting for his upcoming project Nindru Kolvaan under director V. P. Shankar. The actor has also played a part in the super star Rajinikanth starrer Darbar as well as in the thalapathy Vijay starrer Bigil. The actor also has numerous projects in his pipeline including Shaitan Ka Bachcha, Kadaisi Vivasayi, Nindru Kolvaan, Asura Guru, etc.

Yogi Babu And Dharsha Gupta’s Project Gets An...