Actor Ajith’s upcoming commercial action film ‘Viswasam’ got censored with ‘U’ certificate. The producers of the movie have also confirmed that the film is all set for release during Pongal holidays but an exact date is yet to be fixed. The movie is the fourth collaboration project between Siva and Ajith after Veeram, Vedalam, and Vivegam. Lady Superstar Nayantara plays the female lead in the film. 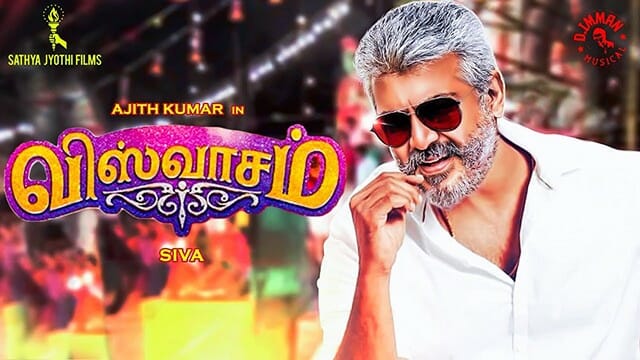 The film was supposed to be released in the theatres on Diwali 2018, but the shooting was started later than expected because of the 48-day-long strike organized by Tamil Nadu Film Producer’s Council (TFPC). So, the film was unable to hit the box office by Diwali holidays.

The movie also has Thambi Ramaiah, Yogi Babu, Robo Shankar, Kovai Sarala, and Vivek in pivotal roles. Imman takes care of the songs and background music of ‘Viswasam’. Vetri is the cinematographer for the movie.

The project is bankrolled by Sathyajyothi Thyagarajan under Sathya Jyothi Films, KJR Studios has bagged the Tamil Nadu theatrical rights of the movie and they have also snapped the regional wise business in Tamil Nadu. As ‘Viswasam’ is gearing up for release, Actor is all set to start working in the Tamil remake of ‘Pink’ in January 2019 with director H Vinoth.