The actor’s association president Vishal’s film Ayogya was set to be released on 19th of April but now the film will come out as a delayed release. The actor meeting with an unexpected accident while shooting for his next venture under the directorial of Sundar. C has delayed his other projects too. Recently the actor met with an accident while shooting an action sequence in Turkey. Few pictures of the actor from a hospital in Turkey hit the news last week creating a buzz about the actor’s health in the K town. 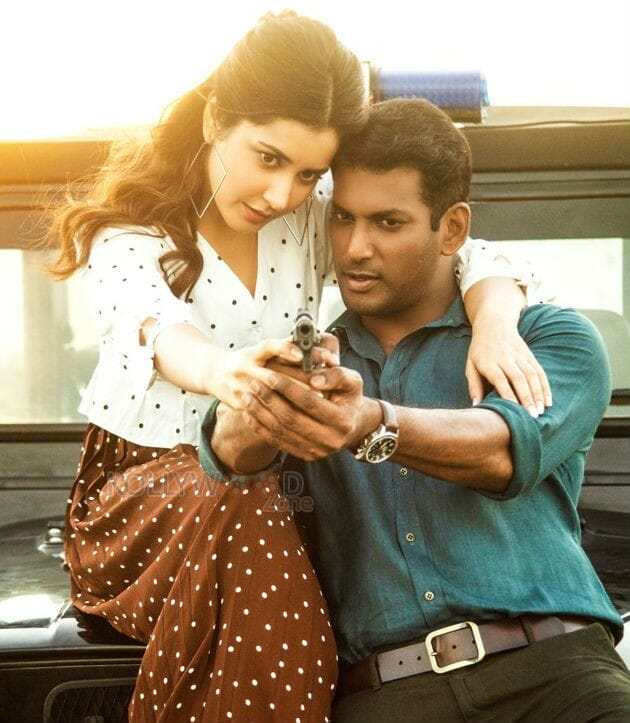 Earlier, the actor himself had announced that his film Ayogya will be hitting the screens on 19th of April. But now the production unit has rescheduled the release of the film. The film is now set to come to the theaters on 10th of May 2019. It is said that the production unit has rescheduled the film considering the summer vacations. The film is the official Tamil remake of Telugu super hit film Temper starring actor Junior NTR and actress Kajal Aggarwal in the lead roles which hit the screens under the directorial of director Puri Jagannadh. The Tamil version of the film will be directed by debutant director Venkat Mohan.

Apart from actor Vishal, the film has Raashi Khanna playing the female lead and K. S. Ravikumar, R. Parthiban, Veteran actress Sachu, Vamsi Krishna, Pooja Devariya will be playing various other important roles in the movie. The cinematography for the film is done by G. K. Vishnu while the film will be trimmed by Antony Ruben. The music for the film is composed by Sam. C. S. The film is bankrolled by Tagore Madhu and will be distributed by Light House Movie Makers.

On the work front, actor Vishal is currently busy shooting for his untitled flick under the directorial of Sundar C which will have actress Tamannaah in the female lead. This is the third time the actress has joined hands with Vishal. The project is bankrolled by Trident Arts.