Andrea Jeremiah, the multi faced artist, a singer, lyricist, music composer, dancer currently hit the news as a voice actress after lending her voice for the character Black Widow in the film Avengers – End Game. The play back singer who debuted as an actress in Kollywood through the film Pachaikili Muthucharam, directed by Gautham Vasudev Menon shot to fame through a controversial picture which had the actress locking her lips with the music sensation Anirudh, that went viral on internet.

The actress who is currently in a good phase of her career after delivery back to back hit films like Taramani, Aval, Thupparivalan was last seen on screen in Vada Chennai portraying a different role in the movie that brought her a lot of appreciation from the audience.  Now the actress is set to become a princess in her next film. The film is titled as Maaligai and is under the directorial of Dil Sathya. The motion teaser of the film hit the internet yesterday. The film is said to be a heroine centric film which will have a dual role both played by the actress. The actress will be seen as a cop as well as a princess in the film. 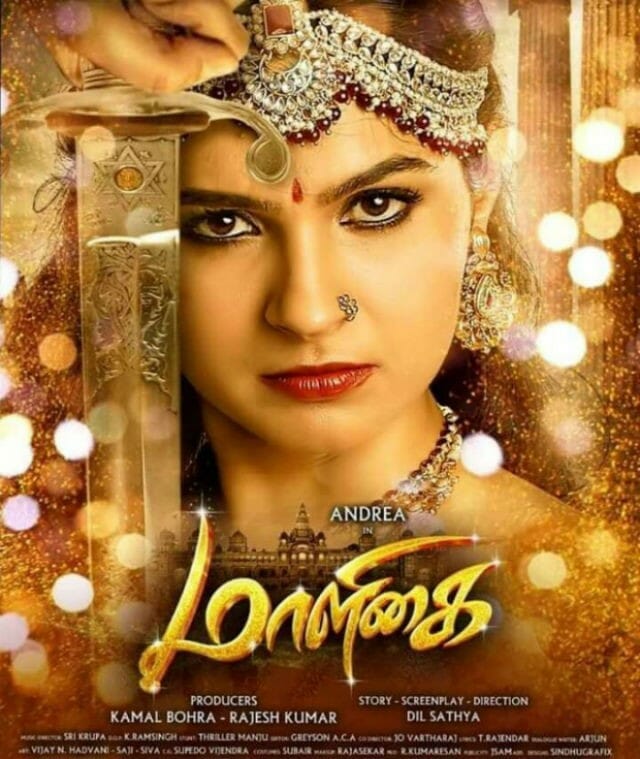 The director of the film recently had an interaction with the media. Speaking about the project, the director said, “The film is a mix of many genres. It has fantasy, action, horror as well as comedy it is a complete entertainer package for all set of audience. The fantasy portion of the film will cover the actress donning the princess character and the portion will occupy one hour of the whole running time of the film. The story is about a cop going to a palace for the purpose of an investigation and there she happens to find out something about her past life,” conclude the director.

This is the second time the actress is set to be a part of a fantasy film. The actress had already been a part of an action fantasy film Aayirathil Oruvan starring Karthi and Reema sen, which hit the screens under the directorial of Selvaraghavan. Though the film failed at the box office then, the audience gave the recognition that the film deserves lately.

On the work front, the actress is quite busy shooting for Maaligai as well as her next women centric film Kaa – The forest, directed by Nanjil and is bankrolled by John Max under the banner Shalom Studios. Kaa – The forest is expected to hit the screens first.