Game Over the psychological thriller film which hit the screens yesterday has opened up to a lot of terrific reviews from the critics as well as from the audience. With so many positive reviews tagged on the flick, it is expected to have a solid weekend and to continue its healthy run even in the next weekend too. The psychological thriller has garnered a good response in all three cinema industries  Kollywood, Tollywood and Bollywood. Game Over is the first ever Tamil women centric project to have enjoyed such good opening in Bollywood, thanks to the popularity of actress Taapsee Pannu. 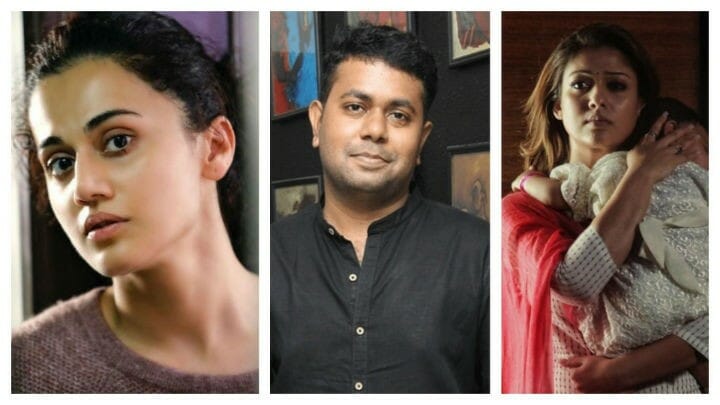 Ashwin Saravanan, the director of the film has received a lot of appreciation from all parts of the county in his very second entertainer after the lady super star Nayanthara starrer Maya. Now, the director of the successful thriller dramas has opened up on his working experience and the contribution of the super stars Nayanthara and Taapsee Pannu to his films, which moved the motion pictures to the higher levels that they deserved.

Speaking about actress Nayanthara, the story teller stated, “I was very fortunate to direct lady super star Nayantara in my very first film. The credit for bringing in the actress on board for the movie completely goes to the production house. I was skeptic on how it would turn out, it was them who pushed me and gave me the access to approach Nayanthara. If not for them it would not have happened. I am very grateful to her that she agreed to be a part of my movie.” It is no surprise as to why he has high regards for the actress as it was her performance in Maya along with his narration that helped him to gain the attention of the cinema audience.

When speaking about Game Over and Taapsee Pannu, he said, “Besides how good your script is, you need an artist that understands the exact frequency in which the creator likes to carry forward the flick and actress Taapsee Pannu got in to the frequency quite well. She took my script to another level with her brilliant performance. She brought to the table few things that even I did not envisage in the first place and that was the reason for such a perfect package,” concluded the talented director. He also expressed his gratitude for the dubbing artist Deepa Venkat who lent her voice for actress Taapsee Pannu and stated she dubbed with the inch perfect emotional intensity that the character demanded.

The talented story teller who directed his second flick Iravaakaalam long back is awaiting the release of it. But due to some financial issues the flick is yet to see the day light. We hope the issue gets resolved at the earliest and the movie hits the theatres soon to entertain us.