Vijay Sethupathi to pen a sports script for Vishnu and Vikranth

Makkal selvan Vijay Sethupathi seems to have a strong zeal for writing besides acting in films. That has propelled the actor to agree to pen scripts not for one but two projects despite his tight schedule. We had reported earlier that the actor will be penning a script titled Chennai Palani Mars for his best pal director Biju Vishwanath who directed his first production venture Orange Mittai. Now, the actor once again will be wearing the hat of a writer for one more film. This will be the third time the actor is set to turn a writer for a project after co writing the script of Orange Mittai with Biju Vishwanath and Chennai Palani Mars. 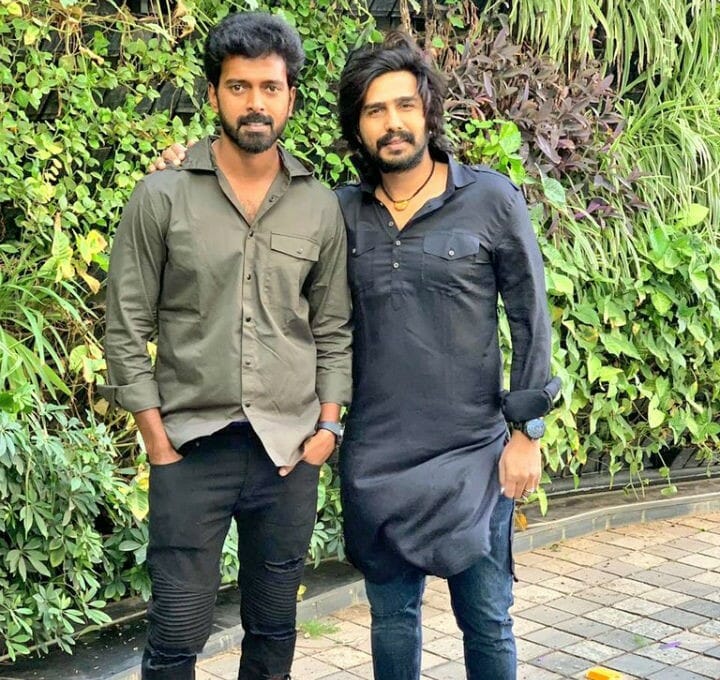 Actor Vishnu Vishal and Vikranth will be teaming up for the first time for a movie. The film is set to be directed by Vikranth’s brother Sanjeev of Thaaka Thaaka fame. Touted to be a sports flick, the story is said to be set at the backdrop of North Madras speaking about the football culture in the area. The sports entertainer will go on floors under the working title VV18. Actor Vishnu Vishal has unveiled the first look of the project on his Twitter Handle. The motion picture is set to be bankrolled by Sujataa Entertainments production house. The music for the flick will be composed by music sensation Yuvan Shankar Raja. The rest of the cast and crew that will be part of the film are expected to be announced soon.

Speaking about the entertainer, actor Vikranth said, “It will be a raw sports entertainer. The story revolves around two powerful characters where me and Vishnu get equal scope to showcase our acting abilities. The fact that actor Vijay Sethupathi has accepted to work on the story and screenplay tells the potential of the subject. I am very excited to begin shooting for the movie,” concluded the actor. It is worth mentioning that director Sanjeev is a good friend of Vijay Sethupathi and it is said that he approached the actor first to portray one of the characters in the film but due to his busy schedule he decided to take up the role of a writer.

In spite of being on the wheels between multiple sets, the actor’s gesture to help out his friend shows why people shower so much of love on the actor in the state. The film is expected to go on floors by the end of July and is expected to be released by the end of the year. We will have to wait see whether the flick fairs at box office or takes a slide like Orange Mittai.

On the work front, the actor will be next seen on screens in the film Sindhubaadh which is thriving vigorously in the post production stage. The trailer of the action thriller was recently launched on social media and has enjoyed a good reception among the cinema goers in the state. Apart from these flicks the actor has Kadaisi Vivasayi, Sanga Thamizhan, Maanmanithan and Idam Porul Yaeval in his kitty.