Stunt man and stunt double Mottai Rajendran has derailed his track from being a loathsome and menacing villain to one of the most sought after comedians of Tamil cinema. Just the actor’s raspy comical voice incites laughter among the audience which has earned him a lot of fans in the state. The actor has racked up numerous projects in his kitty, more than enough to keep him busy till the end of 2020. The actor who had a great last outing with the mass action comedy entertainer Jackpot which had actress Jothika and Revathy in the lead roles, is gearing up for the release of his next comedy film titled as Naanum Single Dhaan. 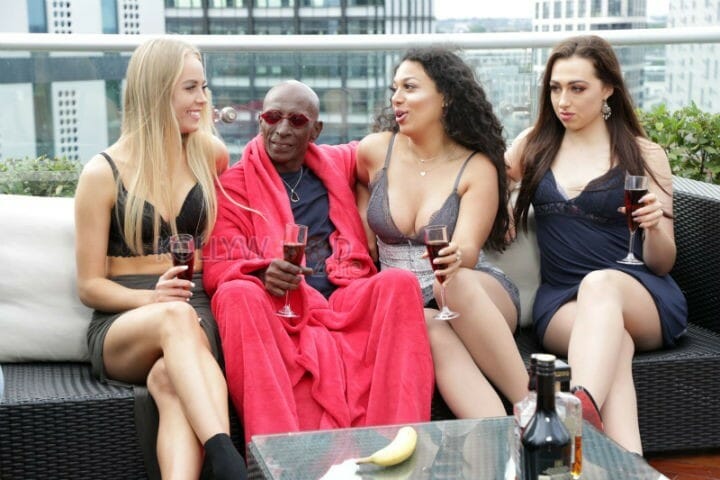 Actors Attakathi Dinesh and Deepti Thiveesh will be seen in the lead roles in the venture which will have actor Mottai Rajendran in a pivotal role. The commercial romantic entertainer is scripted and directed by story teller R. Gopi. The director of the romantic entertainer has recently opened up about the flick to a leading daily. Speaking about actor Mottai Rajendran’s character, the director states, “Mottai Rajendran plays the role of a RJ in a London based radio station. His character is named as Mr. Love as predictable he will be offering love tips to youngsters who are facing relationship troubles. He will be aiding Dinesh in his love affair. Their comedy track will be enjoyed by all sector of audience.” Already a picture from the entertainer which had the actor with three hot London models garnered the attention of the audience.

Talking about the lead characters, the story teller added, “Actor Dinesh will be seen in the role of a tattoo artist while our heroine portrays the character of an IT employee. The whole story will be narrated from a woman’s point of view. A major portion of the flick has been shot in London and the rest of the portions of the project were shot in Chennai. The film will be a total fun filled ride. I am sure the audience are going to enjoy the entertainer. The movie is currently in the post production stage. We are in talks to release the flick in the first week of October this year.”

Apart from actors Attakathi Dinesh and Deepti Thiveesh, the casting of the project has Manobala, and Selvendhran essaying various other important roles. The musical instruments of the movie have been handled by musician Hitesh Manjunath. While cinematographer David Anandaraj has helmed the camera for the movie, editor Adhi has handled the editing department of the flick. The motion picture is funded by Jayakumar and Punnagai Poo Geetha under the banner Three is a Company.

On the professional front, Mottai Rajendran will be next seen in the Malayalam film Love Action Drama. Besides this, the actor has Time illa, Ranam and many more ventures in his kitty. On the other hand, Attakathi Dinesh who is gearing up for the release of his intense social drama Irandam Ulaga Porin Kadaisi Gundu, is currently busy shooting for his next adult horror comedy titled as Pallu Padama Paathuka under the directorial of director Vijay Varadharaj in which he will be romancing Sanchita Shetty and Oviya Helen. Apart from these dramas, the actor has Vaaraayo Vannilaave in his pipeline.

Vikram’s Cobra Is Scheduled To Hit The Theaters...