Kamal Haasan spoke about self respect at a political event not so long ago. Many believed it to be a jibe taken at Rajnikanth, who was also in attendance at the event. However, on Sunday, at the event organized for the unveiling of the statue of Sivaji Ganesan, he couldn’t help but make a formidable reply against Kamal Haasan. 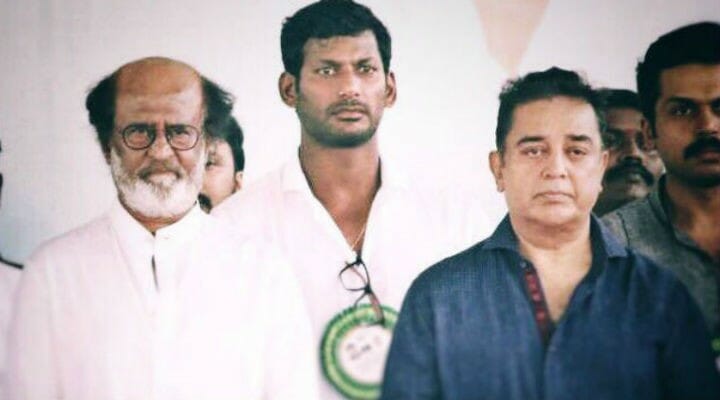 Kamal Haasan, previously, stressed the need to honor the greatness of Sivaji Ganesan, irrespective of the party in power. Rajinikanth, thanked the former CM late Jayalalithaa and the deputy CM O Pnneer Selvam to come up with such an event and the statue in place. He steered towards politics stating, “This is an event which has a mix of politics and cinema. Sivaji sir couldn’t succeed in his constituency, which was not actually his bad luck, the people’s. For an actor to win in politics, the fame and influence aren’t enough. One needs more than that which people are aware about. To be honest, I don’t know about it. I think Kamal knows it. Even if he knows, he won’t share it with me. May be if I had asked him about it a couple of months ago, he would have told to me. Now, he will insist me to join him if I ask him about it.”