We have seen actresses that have gone out of acting chances put on weight and disappear forever from the eyes of the audience who celebrated them once. But, of late, there has been an interesting trend budding in cinema in general. Of actresses who have put on weight hitting the gym, shredding their weight, and taking the audience by surprise by their model like Physique. And sharing the inspirational body transformation videos on their social media handles inspiring many to follow the path. Veteran actress Kushboo Sunder was one such actress who flabbergasted her fans by trimming her Physique to an extreme level of a supermodel. Now, another actress has joined that club. It is none other than actress Meera Jasmine. The actress who once starred in multiple languages across Tamil, Malayalam, Telugu, and Kannada. 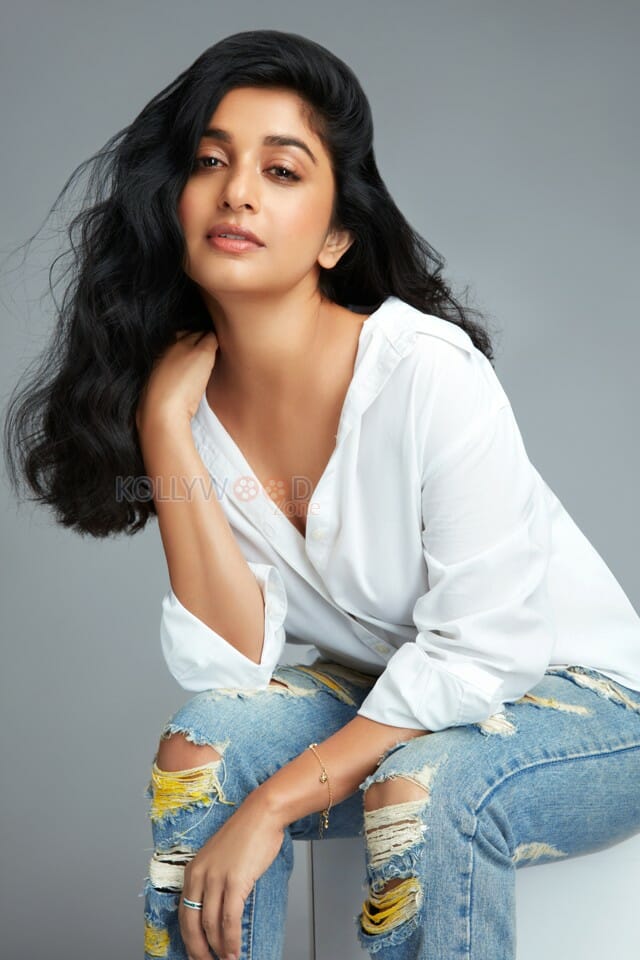 The actress has been laying low for a long time now. She had gained a little bit weight in the meantime and eluded public appearances. But a little while ago she surfaced on Instagram and started floating her pictures in which she appears to have undergone a stunning body transformation. And with that she flaunts her sexiness with some steamy poses. There are pictures from a photoshoot in which she is seen in a light pinkish attire wearing different expressions. Expressions of cuteness, melancholy, and sensuality. In another shoot she dons a black hoodie revealing her inner apparel raising the temperature of her aficionados.

These simmering hot pictures of the actress have been attracting a lot of comments. Most are about complementing the transformation of the star, her hard work, and expressing their shock, while some are name calling her. Whatever. Seems like the actress is getting ready for her next round of opportunities in the industry and has done all the right work for it. In no time, she has bagged a Malayalam project titled Makal. We wish her all the very best for it.

Actress Meera Jasmine made her debut in Tamil cinema in the romantic action drama Run back in 2002. Immediately garnering the attention of the youngsters in the state, and became their heart throb. In the following year, she quickly went on to star in the flicks of both the superstars of Tamil cinema, Anjaneya with Ajith and Pudhiya Geethai alongside Vijay. But both the entertainers failed to get the attention of the audience and turned out to be a flop show. She again came to the limelight with her sensational romantic number with actor Madhavan in Aayutha Ezhuthu where she harvested positive reviews for her performance in the movie.

To everyone’s surprise she abruptly got married. After her marriage, the actress chose to stay away from the tinsel town for some reasons. Now, she is back. Very recently, she even made a promise to her fans that she would remain very active on her Instagram account. Ever since the actress has been sharing some of the special moments of her life to her fans.