Actress Shruti Hassan made her debut in Kollywood as a child artist in her father’s directorial Hey Ram which hit the screens as a Tamil Hindi bilingual project back in the year 2000. After more than a decade later, the actress returned to the tinsel town as a lead heroine in the Telugu cinema industry through the film Anaganaga O Dheerudu in which she shared the screen space with actor Siddharth. Eventually the actress navigated to the K-town with her female lead role in 7aum Arivu helmed by film maker A. R. Murugadoss in which she was seen alongside actor Suriya. Her performance in the flick was received with mixed reviews. It was the romantic psychological thriller 3 directed by Aishwarya Rajinikanth with actor Dhanush as the lead that put her in the limelight. Following the success of the drama, the actress has done many projects in Tamil, Telugu, and Hindi. The actress who was infected by covid-19 recovered recently, and since then has been busy with her work. Now, we have an interesting piece of news about her relationship. 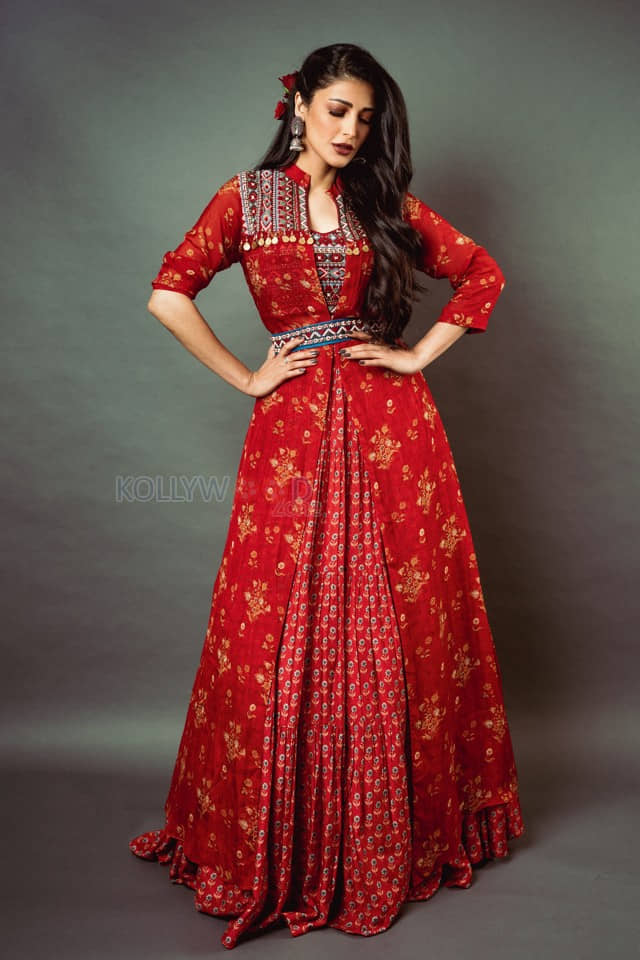 It is a known thing that the 7aum Arivu actress has been dating rapper, doodle artist, and illustrator Santanu Hazarika from the year 2020. She spends a decent amount of time with him and the couple travel to places together and share pictures of them on social media. Santanu Hazarika even planned and executed a special celebration on the actress’s last birthday. But of late, there has been news that the actress had broken up with the singer after she deleted pictures of them together on her Instagram account. However, the actress has set aside the rumors and the duo has been getting along well. Now, reportedly Santanu Hazarika is said to have opened up about the relationship that her shares with actress Shruti Hassan.

Talking to a leading media house, the artist has said that the equation he shares with actress Shruti Hassan is stronger than ever. Further speaking, he has stated that they are two creative people who love to do creative things together and that they inspire each other. Talking about marriage, the 38-year-old rapper has gone on record saying that they are already married creatively. Responding on whether will they tie the knot or not, the illustrator has said that they are taking things slow and that they will have to wait and see how things go. This open statement of Santanu Hazarika has been going viral on social media prompting fans of the star to speculate on their relationship status.

On the work front, actress Shruti Hassan who was last seen on screens in Laabam helmed by late story teller S. P. Jananathan alongside actor Vijay Sethupathi is currently busy shooting for a Telugu movie Salaar in which she will be sharing the screen space with Baahubali fame actor Prabhas. Following which she will be a part of actor Nandamuri Balakrishna’s untitled venture directed by story teller Gopichand Malineni. As of now, the actress is yet to ink her signature for a project in Tamil.

Mysskin Says Venkat Prabhu’s Manmatha Leelai Will Be a Sure Hit!