Actress Trisha Krishnan who has been a successful leading lady of Tamil cinema for more than two decades is still busy with a handful of projects. The actress was last seen on screens in the political thriller drama Paramapadham Vilayattu which hit the OTT video platform under the direction of K. Thirugnanam. The venture opened up to negative reviews and failed to clock views. The actress has now moved on to her next work which is titled The Road. The entertainer is helmed by debutant story teller Arun Vaseegaran. The movie went on floors a couple of months back with a small pooja ceremony. We had also reported the same. Now, the director has sat down with a leading media house for a brief chat about the drama. 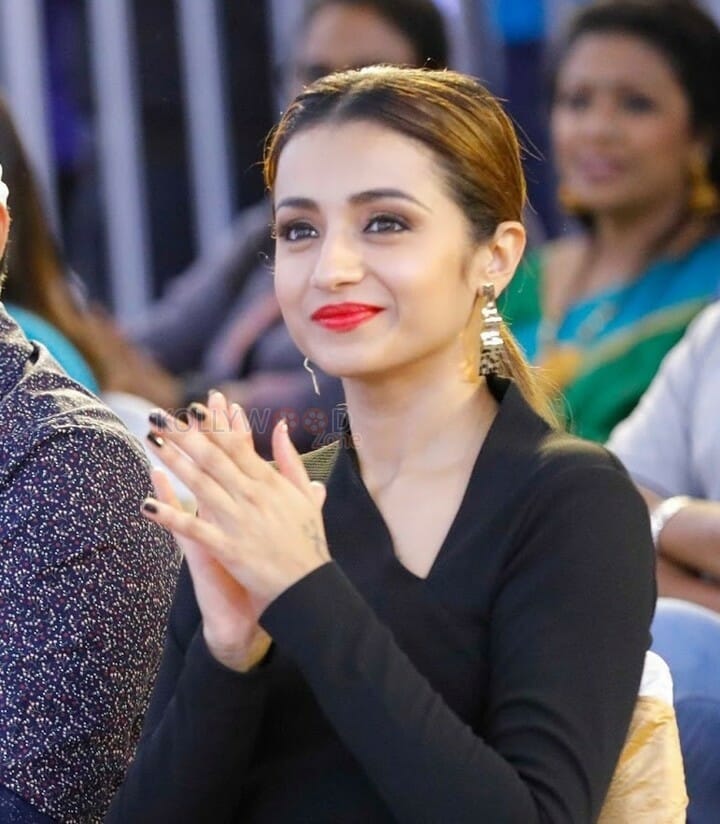 Talking on how the flick started, he stated, “Back in 2002 an incident took place in my village which is located near Madurai. It had a great impact on me. The incident left me wondering how such evil people coexist among us so normally. Since I was from the place, I know what had happened, and how it got reported in the news. I was shocked at the fact how people would go to any extreme just to make some quick money. So, when I got my first break, I decided to turn it into a film.” Speaking on how relevant it would be today, he said, “Two decades have passed but despite all the progress we have managed to achieve, people and their mindset still has not changed much.” Talking further Arun Vaseegaran revealed that The Road is not a female centric drama. “Though actress Trisha Krishnan plays the lead The Road is not a female oriented subject. The film deals with the conflict between a good woman and an evil man. The Road is what connects them, and so the title.”

It is said that the film is based on a real-life event that took place in Madurai and will be a bloody revenge tale. Apart from actress Trisha Krishnan, The Road has actors Santhosh Prathap of Kathai Thiraikathai Vasanam Iyakkam fame, Vela Ramamoorthy, Shabeer, Miya George, and M. S. Bhaskar essayed various other supporting roles. The music for the entertainer will be composed by music director Sam C. S. Cinematographer K. G. Venkatesh has been behind the camera for the flick. The editing department of the movie has been handed over to editor Nagooran. The project is bankrolled by Durai Swamy Arun Prasath for the banner house AAA Cinemaa.

On the work front, actress Trisha Krishnan who was last seen on screens in Paramapadham Vilayattu is currently busy shooting for her upcoming Malayalam drama christened Ram helmed by film maker Jeethu Joseph in which she will be sharing the screen space with Mollywood superstar Mohanlal. The Lesa Lesa actress has auteur Mani Rathnam’s dreamwork project, the epic historical fiction Ponniyin Selvan shaping up in the post production for release. The actress will be making her OTT debut with her Telugu web series christened Brinda which is filmed by Surya Vangala. Apart from these ventures, the actress has her long-delayed movie Garjanai remake of Bollywood drama NH10 directed by storyteller Sundar Balu, Sathuranga Vettai 2 filmed by N. V. Nirmal Kumar, and Raangi scripted by storyteller M. Saravanan in the shelves awaiting release.