Motion Poster OF G. V. Prakash Kumar’s Kalvan Is Out!

Musician and actor G. V. Prakash Kumar is probably the only artist in Kollywood who is simultaneously busy both as a composer and an actor. The Sivappu Manjal Pachai actor was last seen on screens in the action thriller movie Ayngaran which hit the theaters under the direction of Ravi Arasu with actress Mahima Nambiar in the female lead role. The drama opened to negative reviews from both the critics and audience alike. Thus, it ended up doing badly in the box office collection. The actor has moved on, and is now gearing up for the release of his upcoming entertainer titled Kalvan. Debutant director P V Shankar has directed the movie. Director P V Shankar has written the script of Kalvan along with writer Ramesh Aiyappan. The flick which went on floors some time ago with a small pooja ceremony has been wrapped, and is in the post production stage. 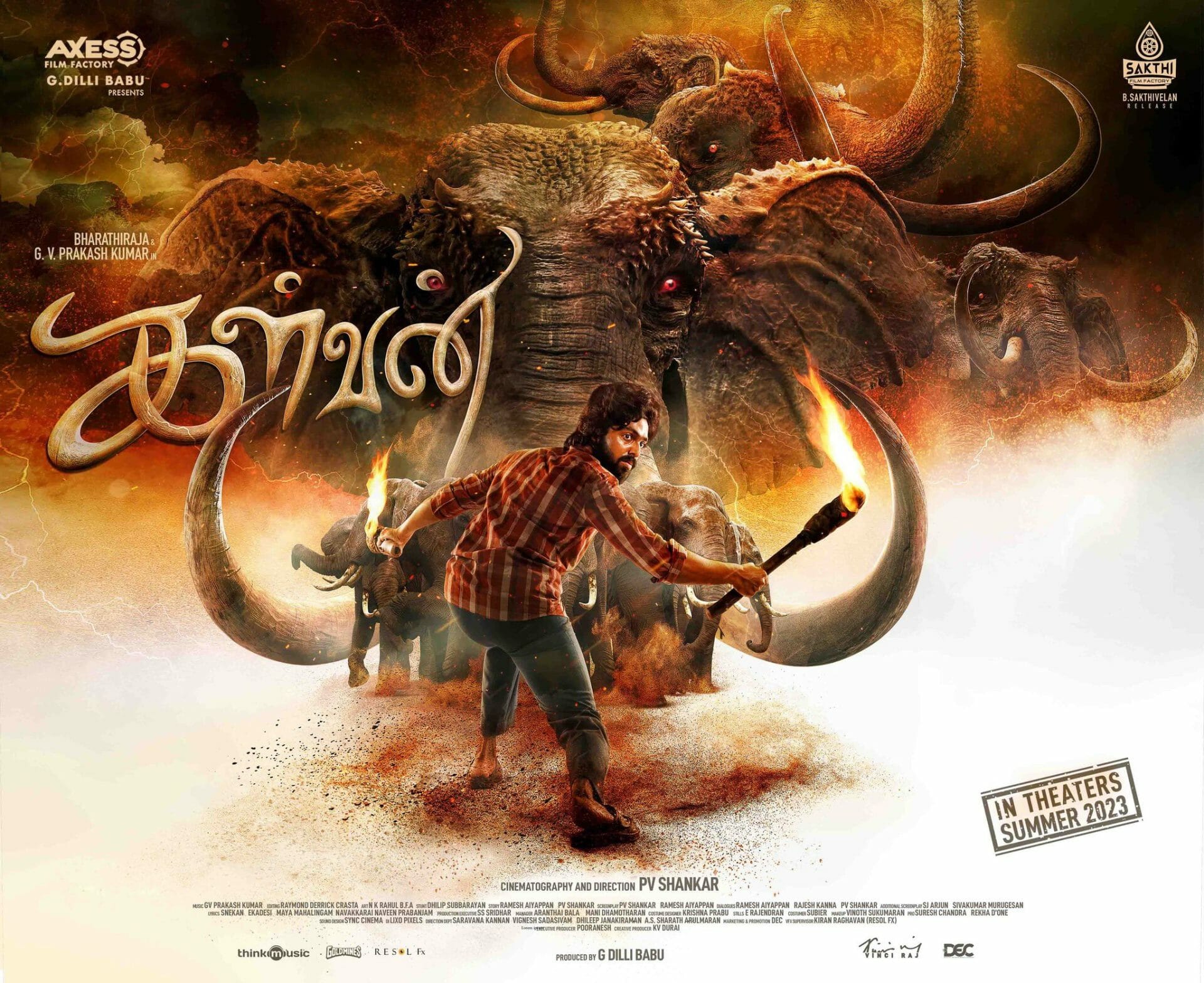 The one-minute odd poster opens in an animated forest site. We get a close up shot of an elephant’s leg, in the bottom part of the leg the characters of Kalvan are introduced in lilliput figures. Kalvan is touted to be a comedy entertainer with a bit of adventure and thrill elements. The teaser and trailer of the flick is expected to be unveiled in the coming days. There is news that the production house is currently working on blocking a release date for the project.

Apart from actor G. V. Prakash Kumar, Kalvan has actress Ivana of Love Today fame essaying the female lead part. The casting of the flick has actors Bharathiraja, Dheena, Gnanasambandam Gurunathan, and Vinoth Munna in various other supporting roles. Actor G. V. Prakash Kumar will also be playing the musician role for Kalvan. Cinematographer P V Shanakar has been behind the lens for the entertainer. Stunt man Dhilip Subbarayan will be choreographing the action moves for the project. Editor Raymond Derrick Crasta will be editing the drama. The entertainer is funded by G Dilli Babu under the production company Axess film factory.

On the work front, actor G. V. Prakash Kumar who had his last outing in Ayngaran is currently busy shooting for his next movie christened Idimuzhakkam crafted by film maker Seenu Ramasamy in which he will be sharing the screen space with actress Gayathrie Shankar, and for an independent English movie titled Trap City. Apart from these dramas, the Selfie actor has 13 directed by K Vivek in which he has collaborated with Gautham Vasudev Menon, and his long-delayed flick Basha Engira Antony filmed by Prasanth Pandiyaraj in various stages of post-production awaiting release. The actor also has projects as music composer in the likes of Captain Miller crafted by director Arun Matheswaran, Mark Antony scripted by story teller Adhik Ravichandran, and Vaadivaasal helmed by auteur Vetri Maaran. On the other hand, actress Ivana who was last seen on screens in Tamil in Love Today is currently busy shooting for her upcoming Tamil venture titled Complex helmed by director Mantra Veerapandian in which she will be romancing actor Venkat Senguttuvan.

Thaanaa Serndha Koottam: The film has shattered a...

Fahadh Faasil walks out of Mani Ratnam’s next...