Actor Suriya is finally coming back with his much awaited Tamil film Thaana Serntha Koottam, a heist-comedy. It has been confirmed that the film will hit the theatres on Pongal 2018. The makers of the film announced on Monday, the date of the film’s release. An official poster has also been released confirming the date. 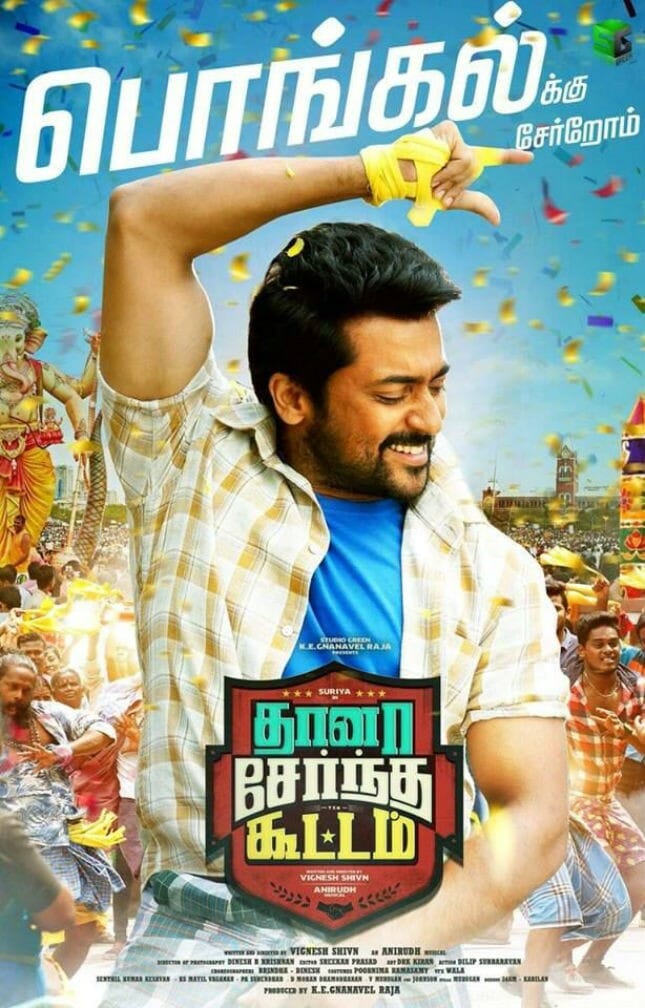 In the poster, it was also revealed that the second single is going t be released in October, the teaser will come out in November and the audio launch and trailer in December. The film was slated to release this year; however, it has been deferred for a number of times already.

“The project is on the verge of completion. Due to the strike organized by Film Employees Federation of South India, the shoot was disrupted over two weeks which further delayed the subsequent schedules of the film,” a source from the film’s unit told IANS.

The film is directed by Vignesh Shivan, and also stars Karthik, Senthil, Ramya Krishnan and Keerthy Suresh. It is rumored that the film is a remake of Akshay Kumar’s Special 26. This film also marks the maiden collaboration between Suriya and Vignesh, known for helming Poda Podi and Naanum Rowdy Dhaan.