Presently Keerthy Suresh is acting with Vijay in Bairavaa and in a Telugu movie. She has listened to few scripts and has okayed to act in few movies. When this continues it was stated that she will capture Samantha’s place. She is acting with lead heroes and is very strict in not acting glamorously. 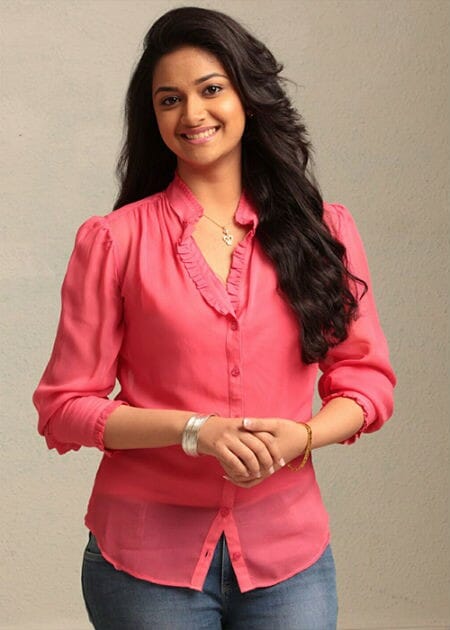 It was stated that she hasn’t put weight and has managed her weight in movies like Rajini Murugan, Remo, Thodari and also in Bairavaa. When asked about it she has said that her mother Menaka is the reason behind her slim secret.

When Keerthy Suresh is at home her mother doesn’t give weight adding foods and during her outing her mother gives her a list of foods to be taken. This is the secret of Keerthy Suresh to maintain her beauty as same right from her first movie till so far.