Nayantara and Vignesh Shivan are the most loved and most celebrated couple of Tamil film industry, and the duo have never shied away from showing their love by appearing together in award ceremonies and other events. Also, Vignesh Shivan keeps fans updated with their pictures from their vacations to exotic destinations. 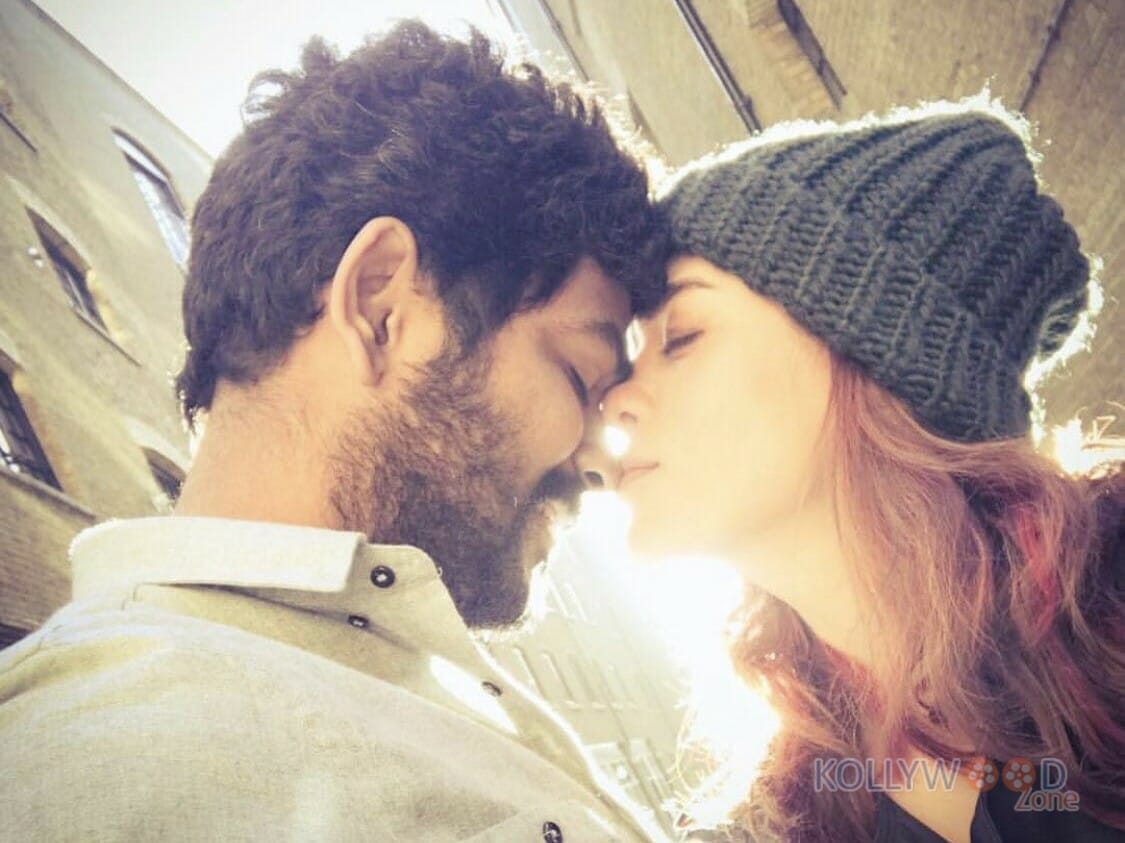 On the eve of Valentine’s Day, Vignesh Shivan has posted a lovey-dovey pic featuring him and Nayantara on his Instagram page, and the image created buzz across the social media platforms. Also, the director had posted photos of roses he received from her as a Valentine’s Day’s special gift on his Instagram story, which reads “Love and red roses, thank you Thangamey”. He also included a photo, which was captioned “To Love and to be in love is the best thing that you can do to yourself. So you can stay loved”.

The ‘Nanum Rowdy Thaan’ director also posted a photo of comedian Vadivelu from the film ‘King’, where he says the dialogue “Ivan vera enna romba torture panraan da” stating that this photo was for folks, who did not have a great Valentine’s Day.

On the technical front, Nayantara has 4 films in her kitty like ‘Airaa’, ‘Kolaiyuthir Kaalam’, ‘Mr.Local’, and Vijay’s untitled film ‘Thalapathy 63’.

Vijay Sethupathi to pen a sports script for Vishnu and...