Director Sasi who had ventured into Tamil cinema with his directorial debut Sollamale with Livingston and Kowsalya has so far directed only 7 movies in his 20 years film career. and most of his movies have been commercial and critical successes.

His last release Pichaikaran starring Vijay Antony was a success in Tamil as well as in Telugu it was a blockbuster with the dubbed version Bichagadu. Now, he has started directing a movie two years after Pichaikaran was released. 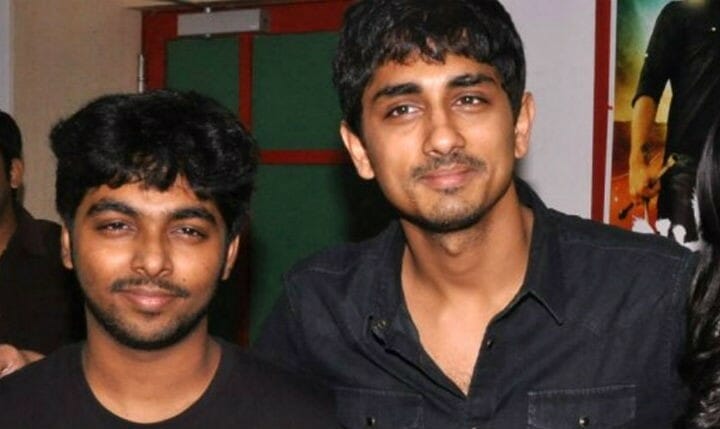 This movie is planned as a Tamil – Telugu, and Hindi trilingual and stars Siddharth and music director turned actor G V Prakash, and the movie is a family sentiment based entertainer which is shooting in a rapid pace. Reportedly Sasi has planned to title the movie as Rettai Kombu, and Siddharth and GV Prakash play cousins.

The movie is expected to be a social message entertainer and will be in the lines of ‘Pichaikaaran‘. Sasi has already completed the full bound script and the shooting will begin once GVP completes all his pending projects. Right now, GV Prakash works on the final stages of ‘Adangaathey’ movie.

He also expects the release of ‘100 Percent Kadhal‘ where he has paired with Shalini Pandey for the first time. Siddarth is currently working on a direct Malayalam movie too. Once they get free, the shooting will begin at a full stretch.