After scoring two back-to-back blockbusters in the form of ‘Varuthapadatha Vaalibar Sangam’, and ‘Rajini Murugan’, the successful duo of Ponram and Siva Karthikeyan are back in the form of ‘Seema Raja‘. Well, this is no different from the earlier two flicks.

If Siva Karthikeyan is a jobless, easy going guy in the earlier two movies, he is a prince who takes everything easier in this movie. The only difference is he is a Prince and a rich fella! Well, we don’t want to spoil the surprise, but Siva Karthikeyan has done dual roles and he has done a role of a warrior named Kadambavel Raja in the flashback episodes. 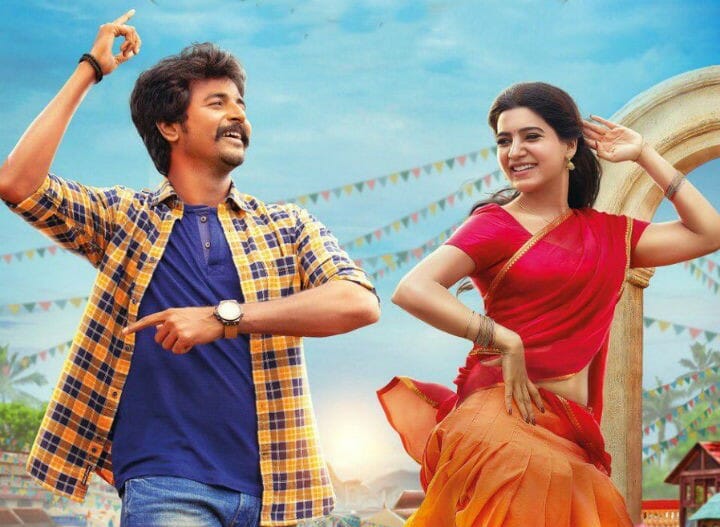 So, the plot is simple. Siva Karthikeyan as Seema Raja is the prince and he spends money lavishly. His father Napolean as Ariya Raja worries as he is so carefree. Samantha as Suthanthira Selvi enters Seema Raja life without knowing his real background and that’s where the twist arises.

Simran as Kaaleeshwari tries to bring Seema Raja down and the interesting cat and mouse game is narrated in a comical way. Soori as Maths’ and Yogi Babu as Cricket Swamiji scores a lot and they bring the roofs down. In fact, Soori is in prime form whenever he acts under Ponram direction.

Imman’s music is just a rehash of his earlier movies. Editing could have been better as the running time of the movie is a tad longer. The cinematography is top notch for a commercial flick. RD Raja who has funded the movie has done production values on a high scale. Technically the movie is solid and finesse.

Overall, another feather in the duo of Ponram and Siva Karthikeyan!