Comedian turned hero Santhanam had been acting in a movie titled Server Sundaram, named after the classic Nagesh movie of the same name. This movie was directed by debutant Anand balki and was bankrolled by Kenanya films who had previously produced films like Thirudan Police, Ulkuthu to name a few. 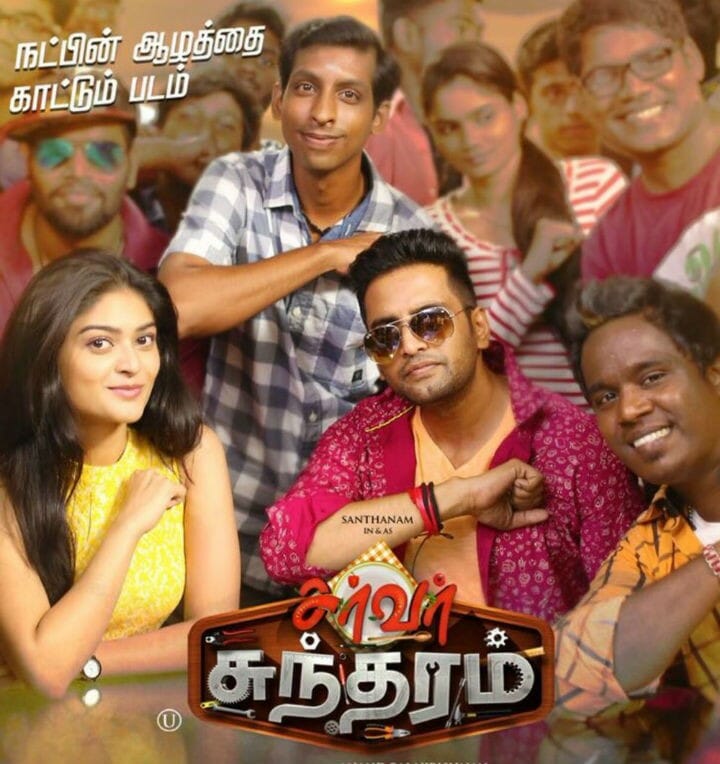 Anand Balki, who had studied in a catering institute has made this movie, where Santhanam plays a chef, and the movie focuses on how food is the best medicine. This movie has Vaibhavi Shandilya of Iruttu Araiyil murattu Kuthu fame as the lead lady, and she had actually already paired with Santhanam in his last flop Sakka Podu Podu Raja. The film’s first copy was ready last year itself, and for many months, the movie’s release has been getting delayed.

It has been revealed that the film’s producer is suffering from a huge financial crunch, and even the distributors who had released his films are in trouble. It was earlier announced that Server Sundaram will be a July 6 release , even with newspaper advertisements. However, now it has been officially made clear that the movie won’t be releasing this week. Anand Balki has said that a new date will be announced, and Santhanam is upset over the sudden postponement.