Samantha Ruth Prabhu Opens Up On Three Tattoos In Connection With Her Ex-husband!

Actress Samantha Ruth Prabhu keeps hitting the headlines of news columns frequently for the past few months. The Neethaane En Ponvasantham star is back on the news yet again. Once again for her past relationship with her ex-husband Naga Chaitanya. The actress is one of many film celebrities who have a very active social media presence. The star actress regularly drops photos and videos from her day-to-day life, and from her sponsored photoshoots on social media. From time to time, she would host ‘ask me anything’ sessions to connect with her fans. Often when a star goes for such sessions, they face lewd and uncomfortable questions from their followers. Actress Samantha was the latest one to be put in a tough spot. But the actress handled it smoothly. 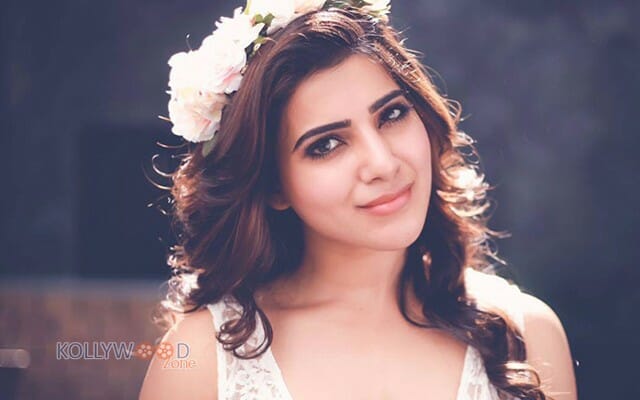 Recently actress Samantha hosted a ask me anything session on her Instagram handle. A fan posted a question asking her of her opinion on having a tattoo. Responding to the question, the actress said that she would not be encouraged to have tattoos. “You know the one thing I would tell my younger self is never ever get a tattoo. Never. Never ever. Ever, get a tattoo.” When the actress was dating her ex-husband Naga Chaitanya she got three tattoos in connection to him. One, the nickname of Naga Chaitanya ‘Chai’ on her ribs. Two, a tattoo of YMC, abbreviation of Ye Maaya Chesave, and finally a couple’s tattoo that both the stars have which refers to “create your own reality.” In alignment to this the actress has responded to the question.

Actress Samantha Ruth Prabhu and Naga Chaitanya first came together for the project Ye Maaya Chesave which hit the screens in the year 2010. The pair began to date shortly after the flick. It is to mark the special event the actress got the film name tattooed. Nearly after 7 years of dating the duo got hitched in 2017 and got married in a grand ceremony held in Goa. After the marriage actress Samantha took the family name Akkineni. In the year 2021, actress Samantha suddenly removed her surname on social media. Rumors began to fly that the duo had separated. Unfortunately, the rumors became true and the duo announced their separation and eventually got divorced.

On the work front, actress Samantha Ruth Prabhu who was last seen on screens in the hot item number Oo solriya mama is getting ready for the release of her next Tamil drama christened Kaathu Vaakula Rendu Kaadhal helmed by storyteller Vignesh Shivan in which she will be sharing the screen space with actors Vijay Sethupathi and actress Nayanthara. Following which she will be seen in the Telugu flick titled Shaakuntalam directed by filmmaker Gunasekhar. The actress is currently busy shooting for her next project, a science fiction drama titled Yashoda in Telugu which is helmed by Hari Shankar and Harish Narayan. As of now the actress is yet to ink her signature for a Tamil film.