Home Kollywood Celebrity News Hansika Motwani: I Am Content With The Scripts Offered To Me

Actress Hansika Motwani made her debut in the cinema industry in the year 2003 as a child artist in Bollywood with the flick Hawa directed by storyteller Guddu Dhanoa. She did a string of films as a child artist before making her debut as a lead heroine in Telugu with the flick Desamuduru. Then she went on to make her debut in the Kannada film industry with Bindaas and finally made her way to Kollywood in the film Engeyum Kadhal which hit the screens under the direction of film maker Prabhu Deva in which she romanced actor Jayam Ravi. Her bubbly and cheerful personality immediately made her fan favorite and created a fan following in the state. Following the success of the entertainer, many projects from multiple languages began to land on her radar. Now, the actress who has nearly spent two decades in the industry has opened up about her working experience in the film industry. 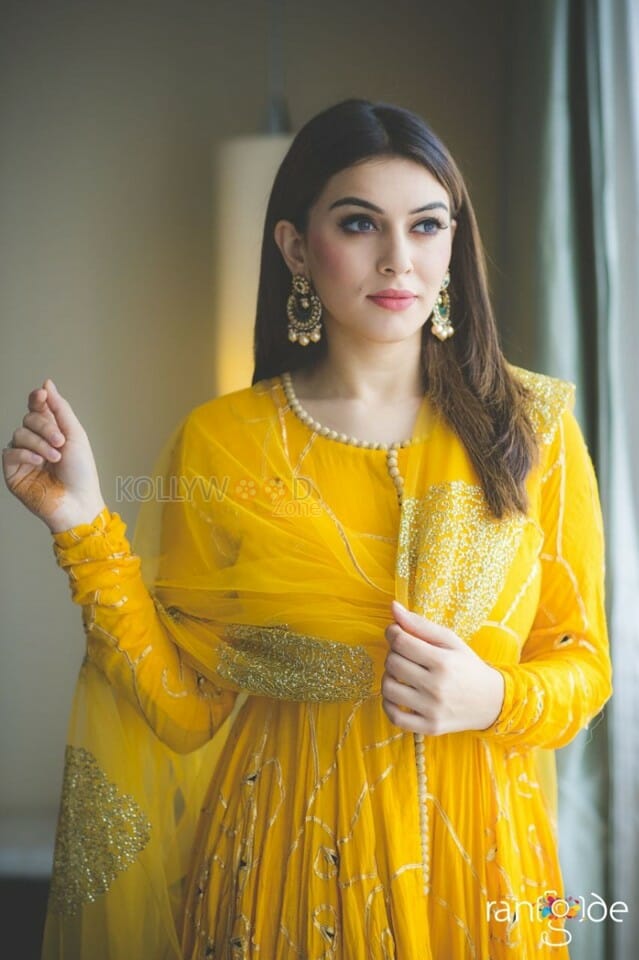 The actress recently spoke to a leading media house about her career in the South Indian film industry. Talking on how she picks her script, the actress said that she approaches a script from the vantage point of an audience. If she finds it interesting and engaging then she would make up her mind to ink her signature for the project. Talking about the rising trend of female oriented subjects, the actress said that it is a progressive sign and she is happy about it. She went on to express that she is at the point of her career where she feels quite confident in shouldering a film on her own. The Maan Karate star pointed to her upcoming project Maha as a corroboration to her statement. She also expressed that she is very much interested and looking forward to doing such kinds of flicks in the future.

On the work front, actress Hansika Motwani who was last seen on screens in 100 is gearing up for the release of her next venture christened Maha directed by U. R. Jameel in which she will be seen alongside actor Silambarasan. The actress is currently busy shooting for multiple projects. She is shooting for Rowdy Baby under the direction of film maker J. M. Raja Saravanan, for a couple of untitled projects of Vijay Chander and R. Kannan, and for her Telugu drama My Name Is Shruthi directed by Srinivas Omkar. Apart from these dramas, the actress has Partner helmed by filmmaker Manoj Damodharan in which she has shared the screen space with actor Aadhi Pinisetty, and her Telugu venture 105 Minutes which is directed by storyteller Raju Dussa getting shaped in the post production for release.

Samantha Ruth Prabhu Opens Up On Three Tattoos In Connection With Her Ex-husband!

Vijay’s Father Opens Up On Why Beast Is Getting Negative Reviews!