Indian Cricket Captain Mahendra Singh Dhoni’s life history and his achievements are taken in the form of a movie and it is titled as “M S Dhoni: The Untold story”. The movie is a Biopic of Dhoni’s life and Bollywood actor Sushant Singh Rajput has acted as Dhoni in the movie. 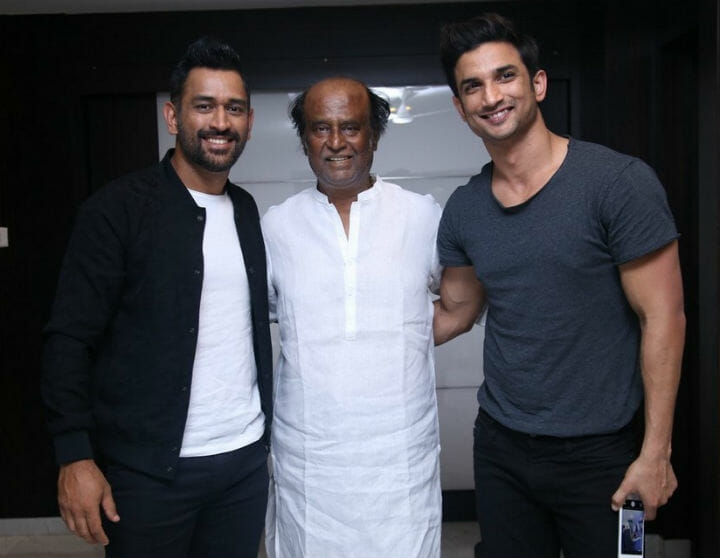 Later he has been to Rajinikanth’s house at Poes Garden along with Sushant and had friendly conversation with Rajini. Dhoni has garlanded a shawl for the actor as a token of love. Dhoni has said he was excited about meeting Rajinikanth.

Simbu to do a cameo appearance in his...

Nayanthara to get engaged to Vignesh Shivan by...