Actor Atharvaa Murali, the son of actor Murali and grandson of legendary Kannada director S. Siddalingaiah made his debut in Kollywood with Baana Kaathadi. The young actor then essayed a role in romantic thriller Muppozhudhum Un Karpanaigal, in which the actor played a role of a youngster suffering from delusion. His performance in the movie garnered critical acclaim and reserved a name for him as a talented artist in the K town. 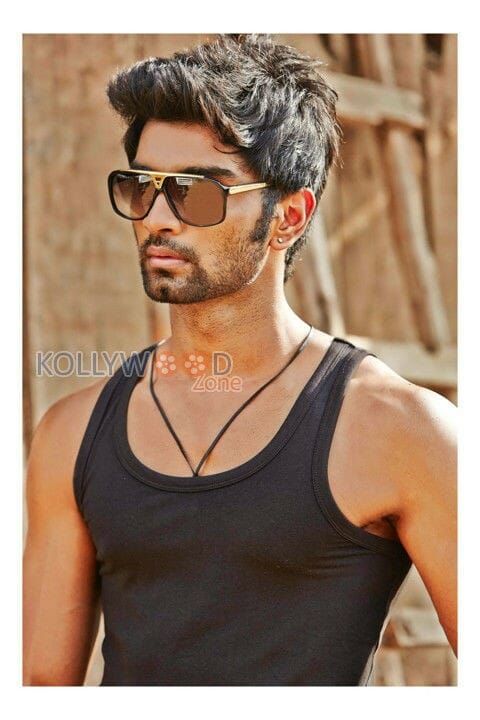 The actor is currently busy and has many films under his name. Now, there is a speculation out there in the K town that the actor is set to make his Tollywood debut. The actor is said to essay the lead role in the Telugu movie titled Valmiki. However, an official announcement regarding the actor’s part in the movie is awaited.

This film is the remake of block buster Tamil movie Jigarthanda that launched actor Bobby Simha in a different perspective to the Tamil audience. The gangster comedy entertainer was directed by Karthik Subbaraj. The musical instruments for the film was handled by Santhosh Narayanan, while Gavemic U. Ary took care of the cinematography.

The Telugu version of the film is directed by Harish Shankar under the production of Achanta Ramu and Achanta Gopinath. Rock star music director Devi Sri Prasad scores the music for the film. The comedy entertainer is planned to be released in the month of August this year. The role essayed by Bobby Simha is said to be played by Varun Tej, while Siddharth’s role might be allocated to Atharvaa Murali. Most likely the actor is said to be offered the role of Karthik played by actor Siddharth. Dubsmash fame, artist Mrinalini Ravi is expected to play the role of Lakshmi Menon.

Actor Atharvaa was last seen on the screens in the thriller film Boomerang, directed by Kannan. Earlier to this flick the actor played a role of actress Nayanthara’s brother in the movie Imaikkaa Nodigal, which did well in the box office. The actor was paired with Raashi Khanna in the movie.

Currently, the actor is busy shooting for his film 100, actress Hansika Motwani plays the female lead in the movie. Comedian Yogi Babu and Dubsmash fame Harija are said to play important roles in the movie. The movie is directed by Darling fame Sam Anton and music is scored by Sam C S.