Saithaan is a psychological thriller movie which was written and directed by Pradeep Krishnamoorthy. On behalf of Vijay Antony Films Production, Fathima Vijay Antony has made the production. The movie features Vijay Antony and Arundadhi Nair in lead roles and the music was composed by Vijay Antony himself. The cinematography work was looked after by Pradeep Kalipurayath. 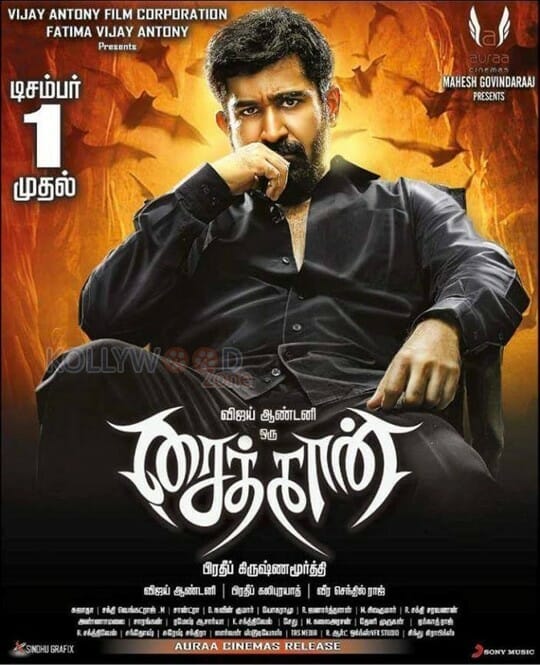 Veera Senthil Raj has done the editing part for Saithaan movie. Auraa Cinemas has distributed the movie throughout. The movie had been actually scheduled to be released earlier but due to demonetization the makers had postponed the released to December 1, 2016. However, as the movie is now out on the big screens.

Saithaan story is based on Stieg Larsson’s novel The Girl with the Dragon Tattoo. The film has Charu Hassan, Meera Krishnan, YG Mahendra, Siddhartha Shankar, Kamal Krishna and others have enacted in supporting roles.

Vijay Antony plays the role of a software engineer named Dinesh. It is about a man’s search for a mysterious woman named Jayalakshmi. The story revolves around his struggles between his past and present life. Arundadhi Nair plays as his wife and she will be seen in multiple avatars.

The movie has been dubbed into Telugu as Bethaludu and it is also released today. The movie is full of twists and turns and filled with more suspense. Arundadhi Nair has acted as Devagi, Aishwarya and Jayalakshmi. Vijay Antony’s acting is soft and neat.