Kamal Haasan’s daughter Shruthi Haasan has made her entry to film industry through Bollywood’s ‘Luck’ and she has acted in commercial movies in Tamil, Telugu and Hindi languages. Many women in Tollywood have complained that she is acting glamorously and even the Censor Board cuts her glamorous related scenes every now and then. 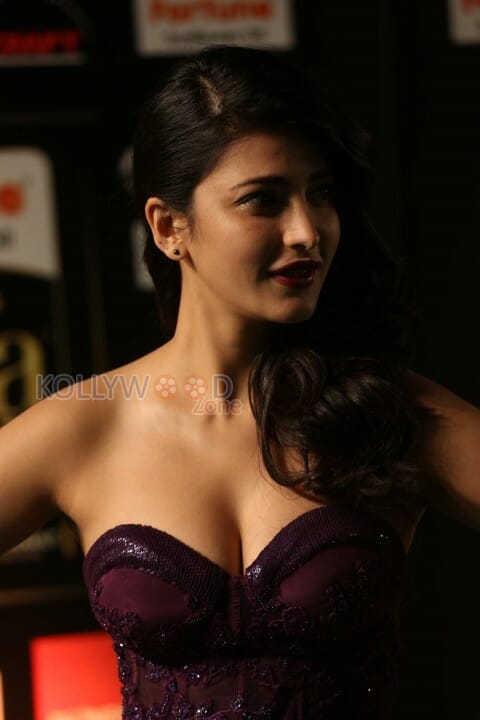 Meanwhile in the middle she has reduced to act so, but presently she has started to act glamorously in Hindi and Telugu movies and recently in an interview she was questioned that she is crossing her limit in acting glamorously.

She was very much tensed and became angry and has told that she hasn’t acted glamorously purposely and her body structure itself is attractive and when she performs it shows her performance glamorously. She has said she never crossed the limit at any circumstances and never acted more awkwardly in any cinema. Her rough and tough answer has made press people silent.