Priya Bhavani Shankar Hits Back To A Troll Asking Her Bra Size!

Ever since the dawn of social media artists have been putting the platform to full use to stay connected with their fans. Actors share photos and videos from their day-to-day life, special events and celebrations, and from their travel diary. From time to time, they also take time to interact with their fans. Mostly they have a good experience. But sometimes there are people who do not care about maintaining civility and with the anonymity that the platform provides them, they casually indulge in body shaming, pass lewd comments, and openly be a hate monger. Many celebrities have faced such issues. Some do not pay attention to such stuff and move on. But some hit back on the person who transgresses. This time it is actress Priya Bhavani Shankar who has been caught in this shame game. 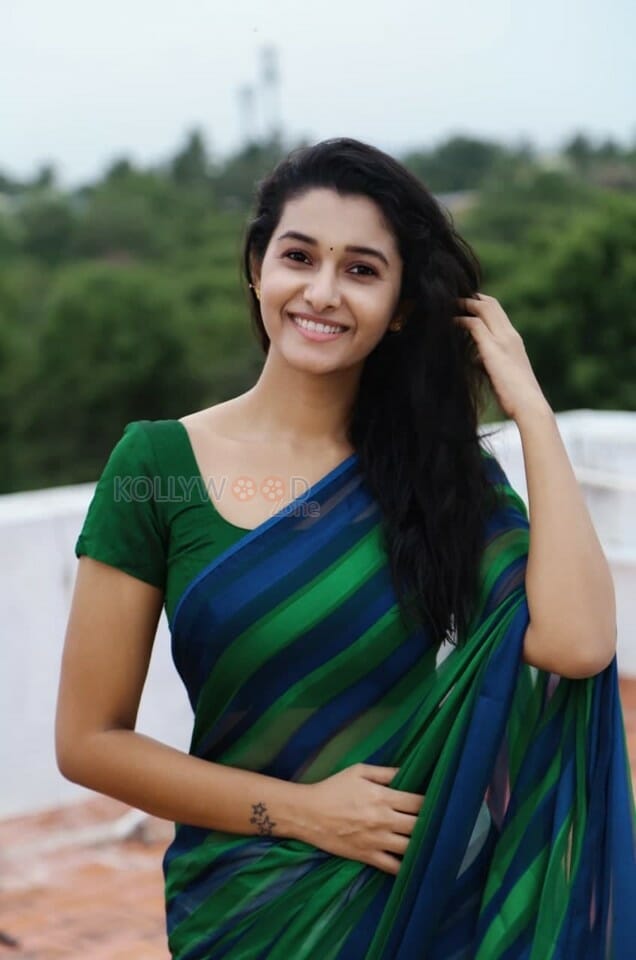 Recently, the actress in an attempt to connect with her fans asked them to ask her anything on her official Instagram handle. Many of her followers were posting questions asking about her next projects and stuff. But one unknown person dropped a bomb by asking her the size of her bra. “Tell me your bra size?” The actress hit back at him by saying, “I’m a 34D bro. Breasts are not something I bought from a different planet. Women in your life too have a pair, probably you’ll have to zoom through their t-shirts as well to catch a glimpse. Good luck for that.”

Seeing this another follower of her asked her whether she has turned diplomatic, “Have you grown diplomatic? I was expecting a reaction for the filthy comments for rec pics.” The actress began her response with a laughing smiley and wrote, “Diplomatic? I don’t know. But I have realized, one cannot educate bullies on the internet by just typing a paragraph. By reacting I’m not gonna change even one filthy mind for good but can only create a controversy followed by unnecessary drama. And all these for what? Can I say I’ve grown wise?”

It Is A Wrap For Director Ram’s Film With Nivin Pauly!