The inspiration for Vasu Dev Bhaskar’s Palli Paruvathilae came from his own life. The film which goes deep into a father-son relationship also tackles young love and adolescence. There is no doubt that this film is an intimate portrayal of the writer-director. 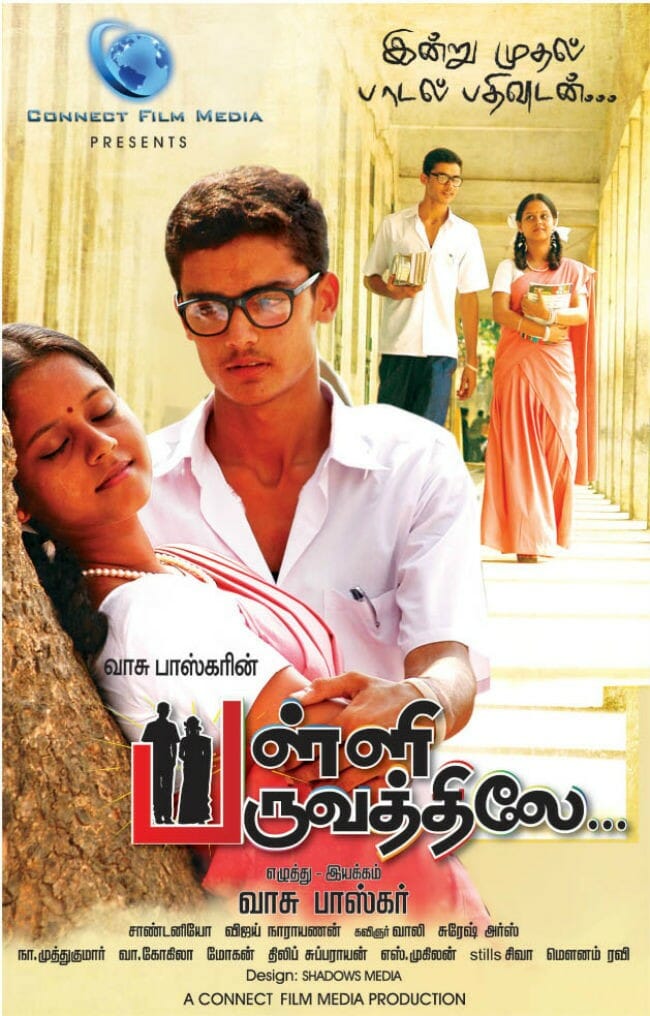 Vasu says, “I come from a village called Ambalapattu, located in Orathanadu, Thanjavur district. When I was studying, there used to be a head master by the name HM Sarangan, who created a revolution of sorts in that tiny village. A school that used to have hardly 400-500 students gradually increased to 2000 students, through his way of teaching and mentoring students. And all of them have gone ahead to become medical practitioners and joined top-class engineering colleges. My story is about a character like him, played by KS Ravikumar, who creates an impact among the students through his teaching. However, he fails to have that connect with his only son, played by Nandan (music director Sirpy’s son). While he’s a favourite among students, there is some sort of a distance with the father and son. While Nandan studies well, he takes a wrong path by falling in love while in school. There is a message for the audiences, but it wouldn’t be too preachy.”

Vijay Sethupathi’s Sanga Thamizhan to hit the screens before its...