The 2017 highest grossing Tamil crime thriller film “Vikram Vedha” is written and directed by Pushkar and Gayathri. In the movie R Madhavan plays the role of a sincere police officer and Vijay Sethupathi as a notorious and noted don from North Chennai. 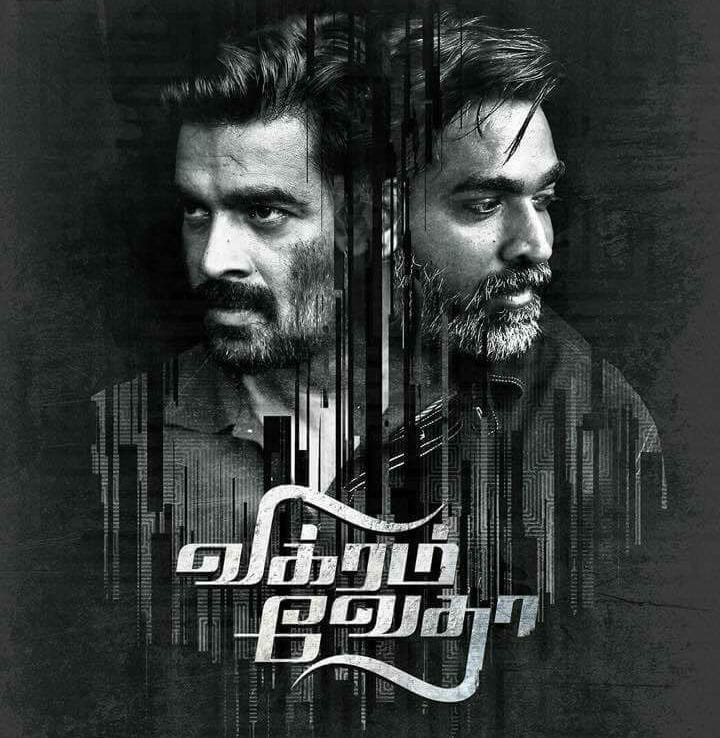 At a recent trailer launch of “Breathe”-the web series that features Amit Sadh, Sapna Pabbi and Madhavan who makes his digital debut in this film reportedly confirmed that “Vikram Vedha” would be remade in Hindi and in this year for sure but he further added that it is too early and “premature” for him to comment on who would play the main role. This comes at a time when there were reports earlier suggesting that Shah Rukh Khan might play the lead, though the claims were dismissed later.

The 3 Idiots actor, responding to queries on this movie which released in July2017 and secured a place in IMDB’s “Top ten Indian movies of 2017” said that he himself doesn’t know whether he will be doing it also, because it is a burden of love than a creative call. He feels shy toremake his own stuff in a different language, except from ‘Rehna Hai Tere Dil Mein’ but he assures that the film is being made this year.

Thus, the actor is reported to have added about the probability of the remake of “Vikram Vedha”.