Motta Siva Ketta Siva is produced by Super Good Films and it is directed by Singam Puli fame Sai Ramani. The movie features Raghava Lawrence and Darling fame Nikki Galrani in lead role. This movie is the remake of the Telugu hit film Pataas. Raghava Lawrence essays role of cop and more than half of the shoot happened at Ramoji Film City. 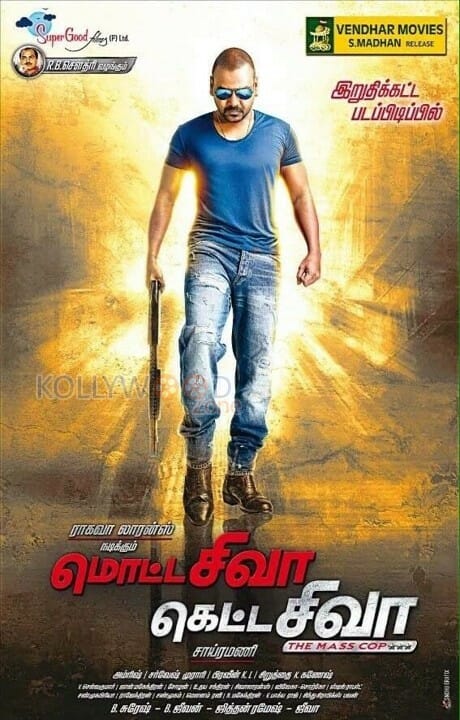 Right now the final phase of shooting takes place. With this schedule, the shooting gets wrap up. Inside sources within the team said that the comedy scenes involving Raghava Lawrence, Kovai Sarala and Devadharshini will be the highlight in the movie.

Reports further said that more than Kanchana, Kanchana 2 this movie has lots of comedy. The romantic portions were already shot and Nikki Galrani will join the team during patch work shooting. The makers will unveil First look and teaser by first week of April. Watch out this space for more updates.