Motta Shiva Ketta Shiva is an action entertainer movie was directed by Sai Ramani. On behalf of Super Good Film Company, RB Choudary had produced for the movie. The movie features Raghawa Lawrence, Nikki Galrani and Sathyaraj have acted in leading roles in the movie. Amresh Ganesh had composed the music. 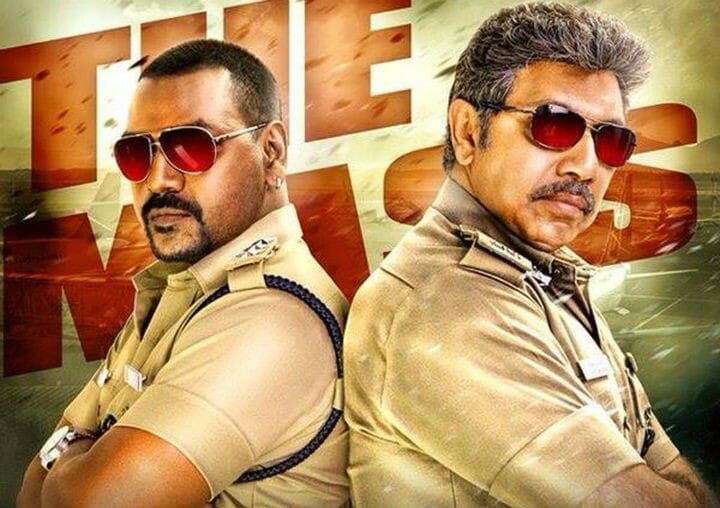 Sarvesh Murari had looked after the cinematography work and the editing part was done by KL Praveen. The movie was distributed by Sivabalan Pictures. The movie is the remake of 2015 Telugu movie Pataas. Actors like Ashutosh Rana, Vamsi Krishna, Jaya Prakash, Satish, Sriman, Koval Sarala, Manobala, Deva Darshini and VTV Ganesh have acted in supporting roles in Motta Shiva Ketta Shiva. Nikki Galrani is just used as a glam doll who exposes her midriff every now and then.

The movie’s trailer was released along with Suriya’s Singam 3 movie and even the scenes replicate what Suriya did in ‘Singam’ series. Raghawa Lawrence has acted as a powerful police officer in the movie for the very first time. The trailer had received good response from many. Raghawa Lawrence’s fans will be excited on seeing his power packed performances and the dialogues which he had delivered powerfully. Technical wise the movie is average and in most of the scenes, the green mat can be sensed easily.

Raghava Lawrence is the son of a honest police officer (Sathyaraj). He holds him responsible for the death of his mother and her unborn child. He runs away and in full filmy style becomes an IPS officer. Upon his return to Chennai, he indulges in corrupt activities just to get back at his father.

Then suddenly he has a change of heart and changes to a good officer taking on the bad guys he helped before.

Raghava Lawrence had requested the producer of his other completed film Sivalinga to delay the release of that project, in order to accommodate the release of Motta Shiva Ketta Shiva. Amresh scored music and the songs will capture hearts of many.The movie’s story is an usual one where Raghava lawrence plays bad cop and then gets transformed into a good cop and finally saves the family.